Signs of a Decline of Caste Distinctions among the Sinhalese?

M.W. Amarasiri de Silva, whose chosen title is as follows: “Do name changes to “acaste” names by the Sinhalese indicate a diminishing significance of caste?” 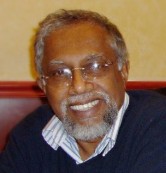 Thoughts are free, according to the folk song: “no one can guess them. They fly past like shades of night.” The meaning of political, civil freedom is the exact opposite in every detail. Such reforms can neither be begged for froitizens. (Beck, 1997: 153, referring to Friedrich Schiller’s Don Carlos).

In modern Sri Lankan society, caste has become less significant as a marker of social identity and exclusion than was the case in the past. While acknowledging this trend across South Asian societies, the literature does not adequately explain why this is happening. Increasing urbanization, the growing number of inter-caste marriages, the expanding middle class, and the bulging youth population have all been suggested as contributory factors.

In rural Sri Lanka, family names are used as identifiers of family and kinship groups within each caste. The people belonging to the “low castes” identified with derogatory village and family names are socially marginalized and stigmatized. Social segregation, marked with family names and traditional caste occupations, makes it difficult for the low-caste people to move up in the class ladder, and socialize in the public sphere. Political and economic development programs helped to improve the living conditions and facilities in low-caste villages, but the lowness of such castes continued to linger in the social fabric. Socially oppressed low-caste youth in rural villages moved to cities and the urban outskirts, found non-caste employment, and changed their names to acaste names.

Mechanization of agriculture brought in many changes that impacted caste relationships in rural agricultural communities. The introduction of tractors and harvesters reduced the requirement of labor in agriculture and as a result, traditional economic and agrarian relationships that bound low castes in Sri Lanka and untouchables in India to land-owning high castes were no longer required. The jajmani system in India has become redundant, and the compulsory service system (rajakariya) in Sri Lanka was abolished by the British. Therefore, there was no compulsion for the low-caste persons to serve the land-owning high castes in agricultural production. As a result, the traditional agrarian economic and social system underwent drastic changes giving way to a system of paid labor, land renting, and share cropping (ande) in rural areas.

The freedom from caste-bound relationships was a motivating factor for low-caste persons to migrate from rural areas—by compulsion or by choice—and seek new employment opportunities in urban areas—a new development that went hand-in-hand with the expansion of plantation economy and commercial agriculture in rural areas. Rural to urban migration as shown in case studies of people who changed their names reported in this article is a primary factor of urbanization in Sri Lanka. Industrialization or manufacturing employment contributed very little to urban growth in Sri Lanka. Population densities in villages and diminishing returns from agriculture and the excessive subdivision of village land holdings, a high degree of land inequality, and caste-related oppression are contributory factors that led to rural–urban migration.

Name changes epitomize a process of resistance to authority and cultural traditions linked to projects of individualization and gaining greater access to once forbidden or closed areas of society. As shown in this article, resistance to authority and individualization are integral to many forms of people’s behavior and culture. Examples are political extremism and militancy, consensual marriage, inter-caste and inter-ethnic marriage, early marriage and elopement, adherence to popular religious practices and adoption of Western dress.

Residence away from their original village with little or no connection with their kinsfolk is yet another example. Individualization, which can be regarded as an ever-present feature of contemporary society in Sri Lanka, involves the disintegration of previously existing social norms and importantly, the increasing fragility of class/caste and social status, gender roles, and negotiated family relationships. In the modern setting, people are governed by welfare state rules and principles.

As argued throughout this article, such individualization needs to be understood within the context of changing cultural practices, education, religion, values, and norms in contemporary Sri Lanka. After independence from the British in 1948, the most important change in Sinhalese culture was the development of a national or public sphere where a common identity was sought, and parochial differences were ignored, which facilitated the modernization process and later individualization under a reflexive modernity.

It’s also argued that, among the low-caste, low-status Sinhalese, the tradition of naming has shifted from the parochial confines of the local onomastic system to a more widely accepted system, where local distinctions such as kinship, lineage, and caste distinctions are not easily visible/discernible by name.

The change is partly due to a paradigm shift in personal identity structures from a kinship-based local situation to a public sphere where local differences are not recognized but where freedom to choose and individualization seem to matter more. This article therefore charts the growing significance of identity reinvention and negation and highlights the ruptures in the conventional reading of caste.

The process of surrendering one’s identity on account of stigma, shame, or fears of being profiled negatively is voraciously taking place in the Sri Lankan society that is claiming its affinity to modernity over traditional rigid hierarchies. The findings outlined here challenge the view of caste that making crossovers are impossible and fraught with danger and exclusion.

Giddens A (1991) Modernity and Self-identity: Self and Society in the Late Modern Age. Stanford, CA: Stanford university press.

Hettiarachchi T (2001) The risks of pregnancy and the consequences among young unmarried women working in a Free Trade Zone in Sri Lanka. Asia-pacific Population Journal 16(2): 125–140.

Yalman N (1960) The flexibility of caste principles in a Kandyan community. Cambridge Papers in Social Anthropology 2: 78–112.

Roberts, M. (1987). The political antecedents of the revivalist elite within the MEP coalition of 1956.

M.W. Amarasiri de Silva is an anthropologist and an adjunct professor attached to the Behavioral and Community Health Sciences, University of Pittsburgh, USA. Formerly he was a senior professor at the Department of Sociology, University of Peradeniya, Sri Lanka.