“The Tragedy is that it is Becoming Harder in 1983 for Sinhala Christians to Acknowledge that what was done is a GREATER Moral Crime than in 1958” …………….. Bishop Lakshman Wickremesinghe

END_OF_DOCUMENT_TOKEN_TO_BE_REPLACED

The Taliban Campaign. The West in Deep Shit in Afghanistan

David Kilcullen, in The Australian, 31 July 2021,.  [and  The Inquirer, 31 July ]where the title reads  “Making sense of the Afghan fiasco, and how to fix it” … 2021 and with this byline : “there are four moves that could stabilise the situation long enough to get talks back on track.”

If a gaffe is when a politician accidentally tells the truth, US President Joe Biden committed one a few weeks ago, answering a question about Afghanistan, when he said “the mission hasn’t failed, yet”. That “yet” contains multitudes: a tangle of military and humanitarian factors refracted through political spin and a hyper-partisan US media. 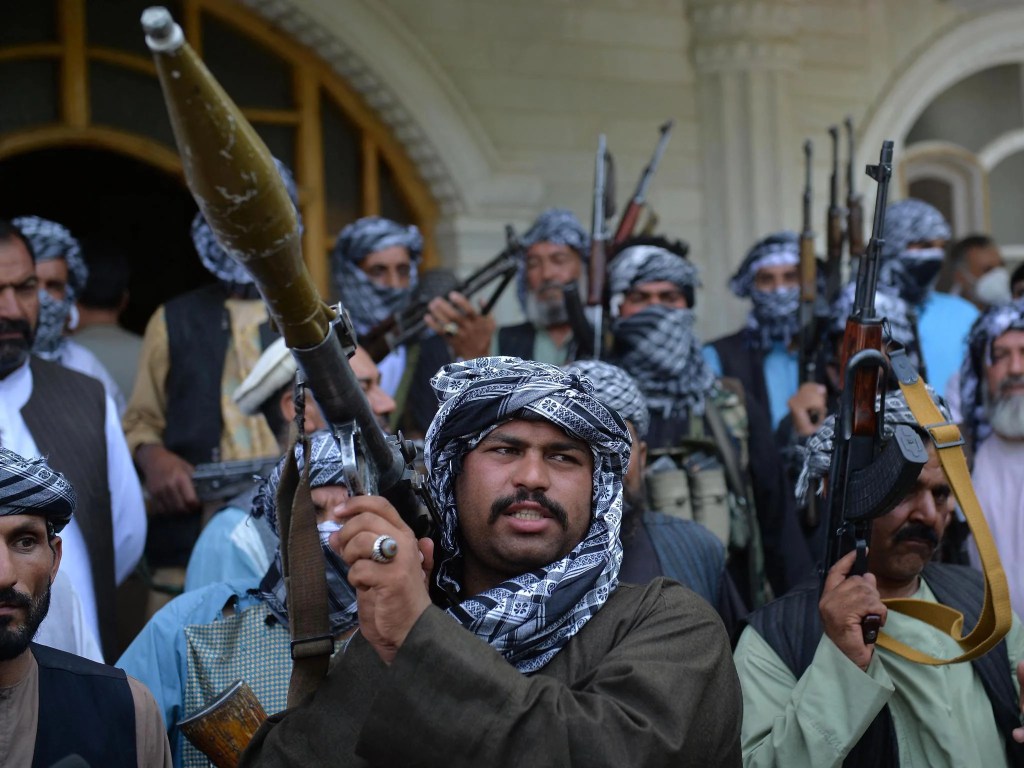 Afghan militia gather with their weapons to support Afghanistan security forces against the Taliban, in Afghan warlord and former Mujahideen Ismail Khan’s house in Herat on July 9. Picture: AFP

END_OF_DOCUMENT_TOKEN_TO_BE_REPLACED

Michael Roberts reproducing an article that originally appeared on the 19th March 2010 in https://sacrificialdevotionnetwork.wordpress.com/

One’s academic trajectories and journeys are invariably subject to vagaries and contingencies. The events and researches leading to my interest in “communal violence” and “zealotry” in the 1990s, and thereafter to what I have called ‘sacrificial devotion” (embracing the topics of “terrorism,” suicide bombers and Tamil Tigers),[i] were shaped by such contingencies. Since my web site will present some short essays on both these topics in the course of this month, let me detail some moments during my research work that resulted in the journeys that produced such outcomes.

In 1986-87 I spent about 14 months in Sri Lanka on research work during my sabbatical year. I was completing my research and writing on the history of Colombo in British times and the associated rise of a Westernized middle class-cum-bourgeoisie – work that resulted in the book People Inbetween (Sarvodaya, 1989).[ii] The island was still under the clouds cast by the attacks on Tamils in the southern parts of the island in July 1983. Following the British colonial lexicon this momentous and tragic set of events was generally described as the “1983 riots.” But such politically-aware scholars as Newton Gunasinghe and Shelton Kodikara were among those who depicted the event as a “pogrom.” This was a sensitizing revision that I accepted.

END_OF_DOCUMENT_TOKEN_TO_BE_REPLACED

Murderous Mayhem at a Rural Junction in North Western Lanka, 1983-1989

Liyanage Amarakeerthi, whose chosen title is “A Fatal Intersection: Three Small Shops in North  Western Sri Lanka that No Longer Exist” …. with highlighting imposed by The Editor Thuppahi

I was born and raised in a little community in Kuliyapitiya, a typical agricultural area with three small tanks (wewa), which watered paddy fields, within walking distance on three sides of my house. Of course, there were also three Buddhist temples, almost within walking distance from each other. It was a typical village in the North-Western province, a part of which is known as bath kooralee or ‘rice province’. Where there were no tanks or paddy fields there were coconut plantations, big and small. Not surprisingly, much of the ‘coconut triangle’ is also in this province.

END_OF_DOCUMENT_TOKEN_TO_BE_REPLACED

ONE: Scott Atran: “The Devoted Actor Unconditional Commitment and Intractable Conflict across Cultures,” ... as introduced to Thuppahi by The Library of Social Science,in New York, … with this abstract at journals.uchicago.edu/doi/pdf/10.1086/685495

Uncompromising wars, revolution, rights movements, and today’s global terrorism are in part driven by “devoted actors” who adhere to sacred, transcendent values that generate actions dissociated from rationally expected risks and rewards. Studies in real-world conflicts show ways that devoted actors, who are unconditionally committed to sacred causes and whose personal identities are fused within a unique collective identity, willingly make costly sacrifices. This enables low-power groups to endure and often prevail against materially stronger foes. Explaining how devoted actors come to sacrifice for cause and comrades not only is a scientific goal but a practical imperative to address intergroup disputes that can spiral out of control in a rapidly interconnecting world of collapsing and conflicting cultural traditions. From the recent massive media-driven global political awakening, horizontal peer-to-peer transcultural niches, geographically disconnected, are emerging to replace vertical generation-to-generation territorial traditions. Devoted actors of the global jihadi archipelago militate within such a novel transcultural niche, which is socially tight, ideationally narrow, and globe spanning. Nevertheless, its evolutionary maintenance depends on costly commitments to transcendental values, rituals and sacrifices, and parochial altruism, which may have deep roots even in the earliest and most traditional human societies. Fieldwork results from the Kurdish battlefront with the Islamic State are highlighted.

END_OF_DOCUMENT_TOKEN_TO_BE_REPLACED

In dealing today with the outrageous prejudices displayed by the American political analyst Robert Kaplan in mid-2009, I realised that I should reaffirm the essays devoted to the services to mankind provided by a doctor indomitable and discerning.[1] That medico was Dr. Susiri Weerasekera, who, alas, had deteriorated to a state non compos mentis when I made inquiries at his home in Nugegoda a few years back.

Susiri Weerasekera was a person you would want to have alongside you in adversity: a person pragmatic, observant, down-to-earth and relatively unprejudiced. I got to know him when I dropped in on the Friend-in-Need Society in Colombo in 2010 to look into their work in support of the disabled and their speciality in assisting personnel who had lost a limb to obtain and then utilize a prosthetic leg.[2] When I embarked on journeys to the northern reaches Susiri provided me with names and introductions to key personnel in Vavuniya and Jaffna as well as an introduction to Dr Hemantha Herath who was in charge of medical relief for the IDP camps. These recommendations were invaluable.

END_OF_DOCUMENT_TOKEN_TO_BE_REPLACED

Robert Kaplan is a well-connected Jewish American author and journalist. As one he travels widely and chose to visit Sri Lanka as a newshound in mid-2009 just after the Sri Lankan government forces had vanquished the Tamil Tiger forces and rescued about 280-290,000 Tamil ‘civilians’[1] who had been deployed as a defensive barrier and bargaining chip for about 15-17 months by the LTTE as they, the Tigers, were forced into a west-to-east retreat in the northern Vanni.

END_OF_DOCUMENT_TOKEN_TO_BE_REPLACED

Singapore’s Prime Minister Lee Hsien Loong has told the BBC that a clash between the US and China is more likely than it was five years ago. However, he maintained that the odds of military conflict are “not yet high”. The prime minister said if both nations continue to take a hard line because of domestic considerations, they could easily find themselves at an impasse.

END_OF_DOCUMENT_TOKEN_TO_BE_REPLACED

Universal Franchise for Ceylon in 1931: The Complexities of Governance and Policy

I am greatly honoured to be asked by the Awarelogue Initiative to speak at their Lecture Forum in this year of 2021, celebrating the 90th anniversary of the advent of universal franchise in Sri Lanka. In my lecture, I shall touch on some of the complex problems of governance and policy faced by a small multi-ethnic island, flanked as it is and always has been, by economic and political superpowers.

END_OF_DOCUMENT_TOKEN_TO_BE_REPLACED

Music Outback Foundation had its beginnings in late 2001 when Founding Director Steve Berry took an opportunity to conduct a week long music workshop at M’bunghara, a small Indigenous community in remote Central Australia.

Steve’s time there left him inspired to return to the Northern Territory and pursue the possibility of providing regular music education opportunities to remote Indigenous schools.   In September 2002 he visited four more schools conducting workshops at each location, and the success of these visits resulted in an invitation to expand the developing program to 12 remote schools in Central Australia.