I did not see the article that highlighted the manner in which the Tamil people of Vishvamadu feted and lamented the departure of the Sinhalese Military Commander of that arena, Ratnapriya Bandu, when it was originally placed in the public domain in late 2018. This striking presentation was the result of a combination between Shenali Waduge in Lanka and the SPUR organisation in Melbourne, an alliance that immediately indicates orientations laced with sentiments of a chauvinist Sinhala hue. 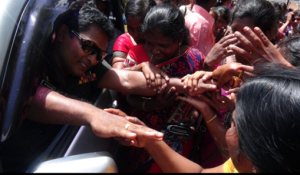 END_OF_DOCUMENT_TOKEN_TO_BE_REPLACED

A group of Sri Lankan professionals have teamed-up for a two-hour Webinar on Sunday, 27 September at Sri Lanka time 7:30 in the evening which will go globally live for a presentation of cogent facts and data to combat the still-prevailing misinformation campaign undertaken by the former Tamil Tiger agents now operating within the Tamil Diaspora worldwide.

END_OF_DOCUMENT_TOKEN_TO_BE_REPLACED

The Insidious and False Dimensions of the “Traditional Homeland” Thesis

The concept of the ‘Traditional Tamil Homeland’ as promulgated by its exponents is based on the notion that, from the distant past, the island of Sri Lanka comprised the territories of two distinct nationalities that were arbitrarily unified in the formation of British Ceylon in the early 19th century.  My survey, which draws from several authoritative writings, some of which have been authored by reputed Tamil scholars, shows that such a notion does not conform to known facts and unbiased interpretations of the country’s history. 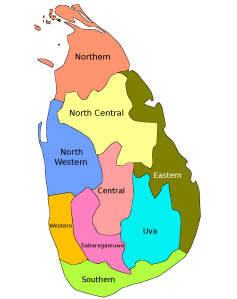 END_OF_DOCUMENT_TOKEN_TO_BE_REPLACED

Ethnic Knots Today: The How

Javid Yusuf, in Island, August 2020, and also PRESSREADER where the title is “Resolving the Ethnic Conflict-  making a difficult task that much more difficult”

One of the most complex problems faced by the country after independence has been the “ethnic conflict” that resulted in a civil war that consumed the country for over three decades.  Although the conflict was not between two ethnicities (the Sinhalese and Tamils) but in reality between the State and the Tamil community, the label “ethnic conflict” has become the common parlance used to describe the events around this long drawn out conflict. Basically it has been an attempt by the Tamil politicians to persuade successive Governments to restructure the State so as to address Tamil concerns.

END_OF_DOCUMENT_TOKEN_TO_BE_REPLACED

Richard Koenigsberg’s Succinct Summary of the Law of Sacrifice

Richard Koenigsberg: “The Proof of the Pudding is in the Dying” 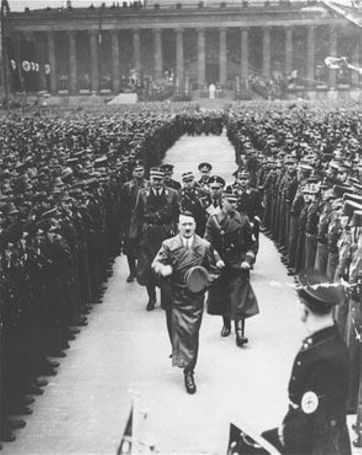 END_OF_DOCUMENT_TOKEN_TO_BE_REPLACED

Norah Roberts: A Letter from Her Past, April 1995

My sister Norah Roberts, I now realise, was a remarkable woman. Further elaborations along these lines will follow in a second “Memoriam.” The present display is via a Letter she sent to Fr Corera of the Vanareeth House for Elders run by the Sisters of Charity in Galle on the 15th April 1995 …. a copy of which has been preserved by Moninna Goonewardena of 15 Parawa Street, Fort, Galle.[1]

The copy of the Letter below will be followed by a commentary on several facets touched on within the letter; while my Ode in Praise in a subsequent essay will present details on Norah Roberts and her difficult circumstances of total deafness from her 32/33rd years on earth. 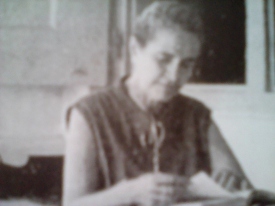 END_OF_DOCUMENT_TOKEN_TO_BE_REPLACED

Dinasena Ratugamage, in Island, 15 August 2020, where the title is “Wiggy makes vow before LTTE memorial”

Newly elected TMTK (Thamil Makkal Thesiya Kuttani) MP C.V. Wigneswaran, on Thursday (13), vowed before the LTTE memorial at Mullivaikkal that he would fulfill the aspirations of the Tamil people.

END_OF_DOCUMENT_TOKEN_TO_BE_REPLACED 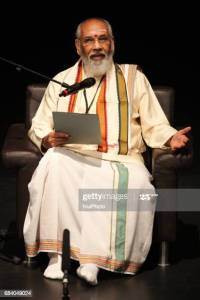 C.V. Wigneswaran, Chief Minister of the Northern Provincial Council in Sri Lanka, addresses members of the Tamil community in Markham, Ontario, Canada, on January 15, 2017. During his trip to formalize a friendship agreement between the City of Markham and district of Mullaitivu, Northern Province in Sri Lanka Chief Minister C.V. Wigneswaran spoke about the importance of issues of transitional justice and post-war development to diaspora Tamils in Canada……..Photo by Creative Touch Imaging Ltd./NurPhoto via Getty Images

END_OF_DOCUMENT_TOKEN_TO_BE_REPLACED

Lord Naseby castigates the LTTE past … and the TGTE present … Today 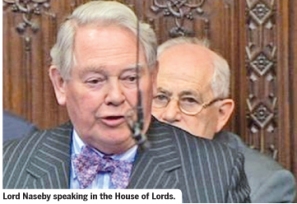 Yesterday (29/07/20) in the House of Lords, Lord Naseby spoke in the debate on Global Human Rights Sanctions Regulations 2020: “My Lords, I have no problem at all with the financial aspects of this SI. I think there is a big challenge with individuals and human rights; I remember Gaddafi, Saddam Hussein and Assad, all of whose communities we interfered in at huge human cost to those communities. I want to focus, though, sadly, on the Sri Lankan Tamil Tigers—LTTE—which we proscribed in 2001. It was succeeded by the Transnational Government of Tamil Eelam—TGTE—itself proscribed in Sri Lanka. It is staffed and organised by former LTTE people and yesterday it started a legal action in the courts here in the UK to lift the proscription on the Tamil Tigers. 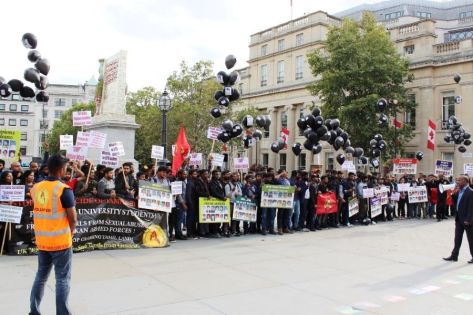 END_OF_DOCUMENT_TOKEN_TO_BE_REPLACED

Achtung! Whiffs of Tiger Militarism and Tamil Federalism in Recent Talk and Action

ONE: Camelia Nathaniel, in Daily News, 9 July 2020, which carries this title “Resurrection of LTTE’s Agenda of Violence”

The LTTE network overseas has been planning a series of attacks in Sri Lanka since the war ended in May 2009. The latest attempt to disrupt peace and stability in Sri Lanka was on July 4, 2020. A former member of the Tamil Tigers Thangarajah Thevathashan was preparing to conduct a bombing to mark the Black Tigers Day. The foreign handlers knew Thangarajah Thevathashan by his LTTE name Gangai Athman alias Kavinjan. He was serving in the LTTE Intelligence wing, notorious for the assassinations of several leaders including the former Indian Prime Minister Rajiv Gandhi.