Retd Brig. Sri Mudannayake … responding to the Items describing the Assault on Rajiv Gandhi by a SLN rating after the signing of the Indo-Lanka Pact

You might want to add that, once the IPKF arrived, Sri Lanka Army and the Indian Army troops acted in perfect harmony upholding best of military traditions. There were misunderstandings at times at mess, but they were addressed and resolved amicably.

One notable incident happened in Trincomalee at a check point where our Army and Indian troops briefly exchanged fire. No one was killed.  The SLA’s ‘ hot headed’ Brigadier in charge of the area was transferred out by Gen Ranatunga. The Indian Army Chief Gen Krishnaswamy Sunderji came to Sri Lanka and addressed SLA officers at Army Hq Colombo after the incident. Gen Ranatunga in his book referred to him as ” An Officer & Gentleman.”

END_OF_DOCUMENT_TOKEN_TO_BE_REPLACED

A Major Overhaul of Sri Lanka’s Foreign Policy Called For

Nimal Edirisinghe, in Daily Ft, 11 April 2019, where the title runs “ Foreign policy: Need for a paradigm shift for Sri Lanka”

END_OF_DOCUMENT_TOKEN_TO_BE_REPLACED

Editor, Thuppahi: There is an ISSUE here: does cricket encourage jingoism?

Abhinandan Varthaman, who is in Pakistan’s captivity after his MiG 21 crashed in Pakistan’s territory, has been lauded on social media for his calmness. 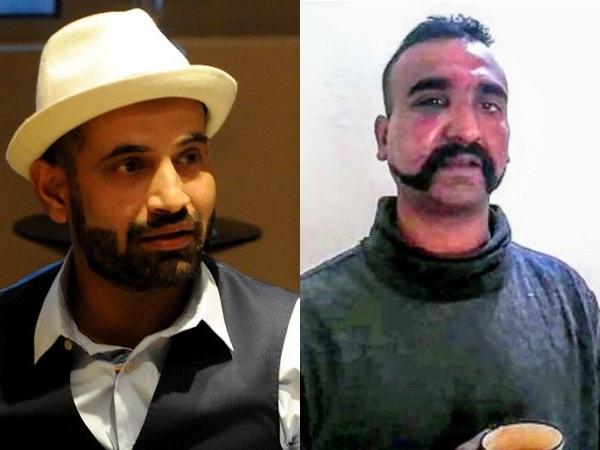 END_OF_DOCUMENT_TOKEN_TO_BE_REPLACED

In sadness, we record the passing away of Dr. Rajasingham Narendran, truly a Tamil intellectual in difficult times who did not let his ethnic sentiments distort his commitment to fact and realistic assessment. There cannot be a greater testament to his commitment to TRUTH than his terse description of the discovery of the rotting corpse sof his mother, brother and family aides after they had been killed by the IPKF in 1987 (repeated below in full to remind readers of their own frailties and the realities of war).

“Naren,” alas, was man whom I met only once …. a man who traversed investigative paths far removed from his training and did so in the incisive ways expected in his specialist field. I borrow his familial details from the VALE recorded in COLOMBO TELEGRAPH where he was a contributor of informative articles. END_OF_DOCUMENT_TOKEN_TO_BE_REPLACED

Shamindra Ferdinando,  in The Island, 2 August 2017, where the title is “China makes headway as Lanka walks tightrope

On the invitation of Navy Chief Vice Admiral Ravi Wijegunaratne, President Maithripala Sirisena will commission the vessel as SLNS Sayurala (P 623) today (August 2) at the Eastern Container Terminal, Colombo harbour. It’ll be the first occasion a President participates in such a ceremony, in wartime or peacetime Sri Lanka. The AOPV is fitted for 76 mm main weapon though the SLN is exploring the possibility of mounting MBRL with stabilized platform developed by Research and Development. Prime Minister Ranil Wickremesinghe will be among the invitees. END_OF_DOCUMENT_TOKEN_TO_BE_REPLACED

Naval rating Wijemuni Rohana de Silva attempts to hammer — deliver guti, so to speak — Premier Rajiv Gandhi for the humiliation imposed on Sri Lanka Through the insertion of an Indian Peace Keeping Force  as the main pillar of the Indo-Lanka Accord.  This incident occurred during the guard of honour on his arrival  to finalize the Accord.  Note that after serving his period of imprisonment for this act WR de Silva contested parliamentary elections under the JVP banner in his home area down south. I have been reliably informed that The cameraman was Sena Vidanagamage — what a camera strike!

END_OF_DOCUMENT_TOKEN_TO_BE_REPLACED

Anonymous Reviewer in Sunday Times, 21 July 2013,  where the title runs “Important contribution towards a dialogue on Lankan polity. Book facts”

When Michael Roberts left Peradeniya in the late seventies, he was part of an exodus of intellectuals from the University of Ceylon, Peradeniya, arguably one of the best universities at that time. The exodus of academics at that time was compelled by the economic difficulties faced by university dons. It was the second wave of such emigration that diminished the intellectual life of the university and country.

The Arts Faculty of the University of Peradeniya never regained its prestigious academic status after that. Today the University of Peradeniya cannot take pride in intellectuals of the eminence of E. F. C. Ludowyck, E. R Sarachchandra, H. A. de S. Gunasekera, Fr. Ignatius Pinto, Ian Van den Driesen and many others. END_OF_DOCUMENT_TOKEN_TO_BE_REPLACED

A Blanket over India’s Dirty War in Kashmir

Rajeeva Jayaweera,  in The Island, 4 June 2017, where the title is “Army fighting dirty war in J&K need be innovative – Indian Army Chief”

Indian Army Chief of Staff General Bipin Rawat, during a recent ceremony to award Chief of Army staff (COAS) commendation card to Major Leetul Gogoi, has strongly defended his soldiers currently involved in counter terrorism operations and quelling rioting Kashmiris. Major Gogoi is accused of using an arrested stone pelting protestor as a human shield. The protestor was tied to the front of an army jeep on April 9 before moving his unit together with a dozen local Jammu & Kashmir (J&K) employees, ten ITPB Jawans, several constables from J&K police and a bus driver trapped inside a polling booth, to safety. The group was surrounded by a large number of violent protestors who had also taken up position on surrounding roofs. After reaching safety, the protestor used as a human shield was handed over to local police. The incident which was videoed went viral within hours.

END_OF_DOCUMENT_TOKEN_TO_BE_REPLACED

Gerald H. Peiris, in an essay which is an abridged and up-dated version of Chapter 8 of G. H. Peiris: Political Conflict in South Asia (2013, a monograph published by the University of Peradeniya).

Information on the Indo-Pakistan conflict pertaining to Kashmir being widely circulated in the context of the recent upsurge of their mutual hostilities has a distinct pro-India bias, mainly because the bulk of international news that reaches us tends to be filtered through the media of mass communication in the global ‘West’. The present crisis in Kashmir is, of course, the latest episode of a complex saga recorded from many perspectives, with no heroes and villains, an abundance of zealotry, and countless victims of circumstances. What is attempted in this paper is to present a brief but objective portrayal of this conflict in order to forestall the possibility of our views, here in Sri Lanka, being influenced by prejudice and ill-informed pronouncements on rights and wrongs.

END_OF_DOCUMENT_TOKEN_TO_BE_REPLACED

Extremisms in Lanka and Worldwide

Rajan Philips,  courtesy of The Island, 1 October 2016, where the title is “With the West sneezing extremism, can Sri Lanka and others avoid catching cold?” .… Emphasis vvia highlighting is from The Editor,Thuppahi.

One would have thought that the old wisecrack needs to be reversed. The West may not be just sneezing, but has already got the cold, even worse, a bad fever of extremism. And that the worry would be if others can avoid the infection. Not so fast, says the wag, as there is quite a bit of Sri Lankan and South Asian sneezing and coughing going around, and we don’t need infection from the West to make matters worse. Jaffna’s Chief Protestor has signalled his periodical awakening from his chronic administrative sleep with the new “EzhugaThamizh” (linguists use ‘zh’ instead of ‘l’ for a unique Dravidian letter and sound) slogan. “Pongu” relates to the liquid state of matter, Ezhuga could be Freudian. Southern Chief Ministers are weighing in, or rising up, and the SLFP’s two-timing (between Mahinda and Maithri) Nimal Siripala seized on the sneeze from Jaffna to bark out a cough of his own on the inviolability of being unitary. END_OF_DOCUMENT_TOKEN_TO_BE_REPLACED