Abstract of the article below: Two arrival stories in the long span of the island’s history will provide the foundations for reflections on history-making in the modern era. Episode One will pursue my own intellectual trail in the 1980s in fashioning an interpretation of the story of the arrival of the Portuguese and my subsequent confrontations in print with KM de Silva on this issue in the 1990s. Episode Two essays an interpretation of the advent of Vijaya retailed in the Pali & Sinhala chronicles as a genesis story of the same order as the tale of Adam and Eve: contending that it is not a tale with any factual basis, but one that conveys a mythic truth for its authors and ‘faithful’ listeners. It is, thus, a morality-tale about the magical implantation of civilised culture and state-forms within the island. This interpretation, however, has shortcomings and will benefit from the correctives imposed by Godfrey Gunatilleke’s exposition of the multi-faceted symbolism associated with this myth.

END_OF_DOCUMENT_TOKEN_TO_BE_REPLACED 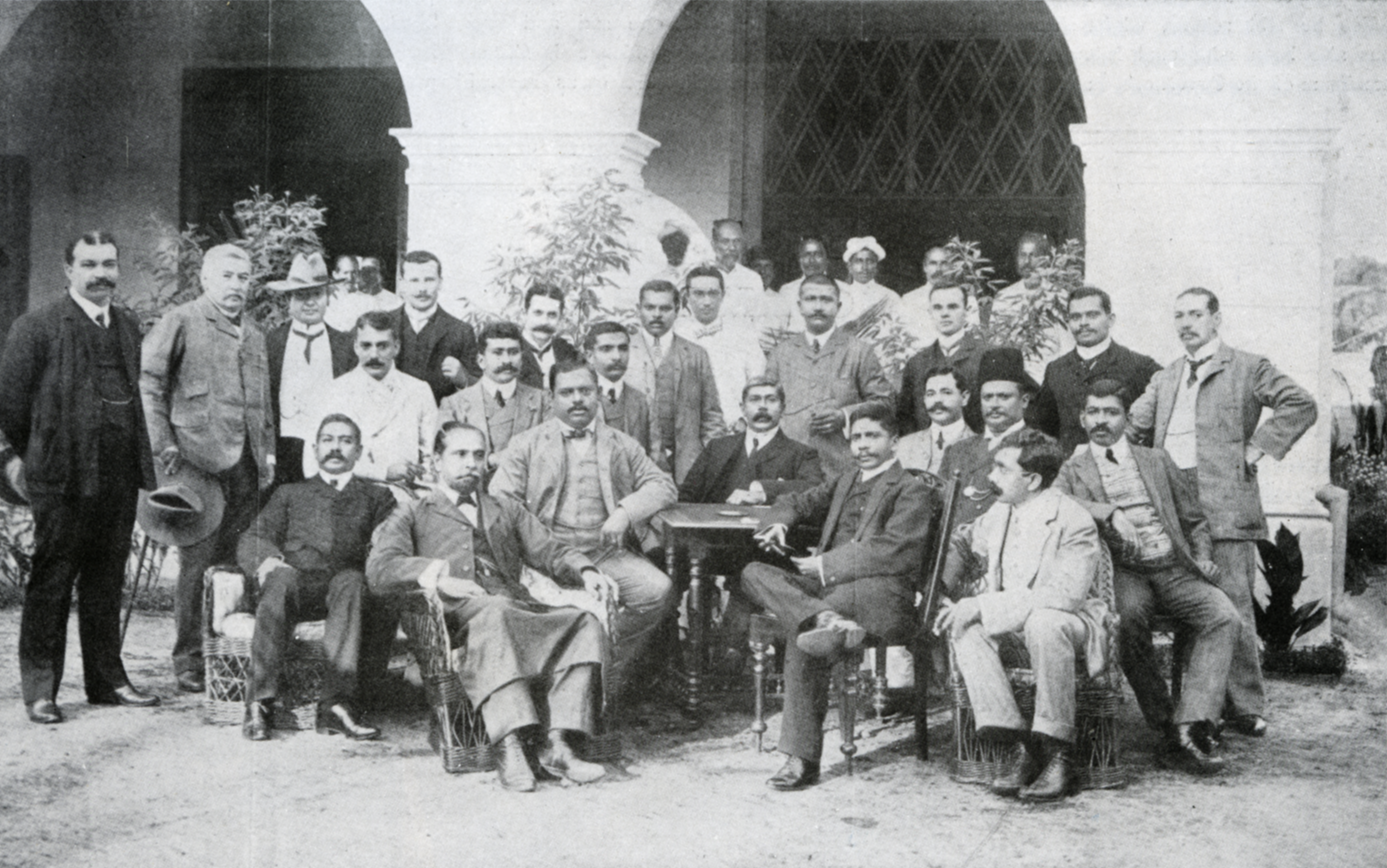 END_OF_DOCUMENT_TOKEN_TO_BE_REPLACED

The Obelisk marking the Battle of Randeniwala

A monument constructed at the ninth kilometer post on the *Ella–Wellawaya Road near the village of Randeniwela is a unique obelisk to commemorate the Battle of Randeniwela (Battle of Randeniya or Sinhalese – Portuguese War), a battle fought on August 25th 1630. The battle was fought between Portuguese forces commanded by the *Governor Constantinu De Saa de Noronha and King Senarath’s (1604–1635) youngest son Prince Maha Astana (pre coronation) who was later crowned as King Rajasinha II (1635–1687), the second ruler of Kandyan Kingdom and his brother Prince Vijayapala.

END_OF_DOCUMENT_TOKEN_TO_BE_REPLACED

A Tale of Resistance: The Story of the Arrival of the Portuguese in Sri Lanka

Michael Roberts, reproduing here an article that appeared initially in 1989 with the same title in Ethnos, 55: 1-2:69-82. … and also in Swedish in Lanka. Tidskrift om Lankesisk Kultur (Uppsala), No. 2, March 1989. I regret that the presentation here has not been able to incoroporate diacritica for indigenous words.

ABSTRACT: This essay decodes a sixteenth century folktale which records the Sinhalese reaction to the arrival of the first Portuguese. Where the historiography has interpreted this tale as benign wonderment in the face of exotica, a piecemeal deconstruction of the allegorical clues in the ‘story is utilised to reveal how the Sinhalese linked the Portuguese with demons and with Vasavarti Maraya; the arch enemy of the Buddha. In this fashion the Portuguese and the Christian sacrament of communion were represented as dangerous, disordering forces. The piecemeal reinterpretation of this short text, however, must be overlaid by a holistic perspective and the realisation that its rendering in oral form enabled its purveyors to lace the story with a satirical flavour: so that the Portuguese and Catholicism are, like demons, rendered both disordering and comic, dangerous and inferior – thus ultimately controllable. In contending in this manner that the folktale is an act of nationalist opposition, the article is designed as an attack on the positivist empiricism which pervades the island’s historiography and shuts out imaginative reconstructions which are worked out by penetrating the subjective world of the ancient texts.

END_OF_DOCUMENT_TOKEN_TO_BE_REPLACED

Sri Lanka’s last king, Sri Vikrama Rajasinha of Kandy, was vilified as a cruel despot and was overthrown by the British in 1815, acting in cahoots with disgruntled local chieftains. But King Rajasinha was a creative builder, town-planner and an executor of irrigation projects for the benefit of the common man. In the latter part of his politically troubled reign (1798-1815), King Rajasinha had turned all his energies towards making his capital city, Kandy, a “cosmic city” fit for God Sakra, the Sinhala version of the Hindu God Indra.

END_OF_DOCUMENT_TOKEN_TO_BE_REPLACED

This item was located by Thuppahi in the web-site Colombo Telegraph on 26 December 2012 (see https://www.colombotelegraph.com/index.php/the-royal-we-sinhala-identity-in-the-dynastic-state/). However, it appeared initially in 2005 in the prestigious journal Modern Asian Studies,  39: 1013–1026.

This item is a review essay not a standard review. Alan Strathern is an accomplished historian who happens to be the son of a leading social anthropologist, viz., Marilyn Strathern of ANU and Cambridge University. You will find that his prose is as refined and clear-cut as demanding. After some hesitation, I decided to adhere to my normal policy of highlighting some parts of the text with blue colour – for the benefit of readers facing the difficulties posed by complex issues in historical sociology. On occasions I have also imposed a break in extra-long paragraphs. The illustrations too are my impositions intended to promote reader interest.

END_OF_DOCUMENT_TOKEN_TO_BE_REPLACED

Alan Strathern’s first major work was Kingship and Conversion in Sixteenth-Century Sri Lanka: Portuguese Imperialism in a Buddhist Land. …. published in 2008 and since then he has extended his reach. Though in far too belated manner, Thuppahi here introduces his work to a Sri Lankan audience …. Begiining with a citation leading to CR De Silva’s review of his book on Sri Lanka….. and ending with his own introduction of self to the world in the Oxford University web site.

END_OF_DOCUMENT_TOKEN_TO_BE_REPLACED

Michael Roberts ... presenting a refereed journal article from the year 2001** as a foundation for reflection and fresh pursuits because it addresses the work of Edward Said, a renowned social theorist-cum-political scientist.

Abstract: Disenchantment with the excesses of nationalist and ethnic claims in recent decades has directed the analysis of ethnicity presented in academic writings in recent decades.  Ethnicity is seen as pernicious, “primordialist” and “essentialist.”  Other scholars as well as nationalist spokespersons are castigated for reading the present into the past.  This line of criticism has entered the scholarship on the Indian subcontinent and been extended to surveys of the literature on the pre-British and British periods of Sri Lankan history.   Yet these critics themselves are governed by the either/or epistemology of 20th century rationalism.  They are unable to decipher the worldview and the political ideology that organised the socio-political order of the Kingdom of Sihale, better known as the Kingdom of Kandy.  Their bias is “presentist” and “modernist.”  With little patience for historical puzzles, their readings of the pre-British period are simple-minded.  For the most part they rely on the severely flawed interpretation presented in Leslie Gunawardana’s “People of the Lion.”  This dependence marks their ignorance.

END_OF_DOCUMENT_TOKEN_TO_BE_REPLACED

A Tale of Resistance: The Story of the Arrival of the Portuguese

This essay decodes a sixteenth century folktale which records the Sinhalese reaction to the arrival of the first Portuguese. Where the historiography has interpreted this tale as benign wonderment in the face of exotica, a piecemeal deconstruction of the allegorical clues in the ‘story is utilised to reveal how the Sinhalese linked the Portuguese with demons and with Vasavarti Mārayā, the arch enemy of the Buddha. In this fashion the Portuguese and the Christian sacrament of communion were represented as dangerous, disordering forces.

END_OF_DOCUMENT_TOKEN_TO_BE_REPLACED

In a recent article entitled ‘Theoretical Approaches to Sri Lankan History and the Early Portuguese period,’ Alan Strathern points out that although historical writing in Sri Lanka has become ‘the site of vibrant controversy’ due partly to the ethnic conflict, by and large, it has contributed little to wider debates on post-colonialism and the nature of historical thinking.’[2] I would agree with this broad proposition. What I intend to do in this paper is to extend my gaze beyond the sixteenth century to which Alan consciously limits himself and look critically at the extent to which historical writing in the past half century has enhanced our understanding of the complex connections between Portugal and Sri Lanka in the sixteenth and seventeenth centuries. However, … I will concentrate largely on the area of social interaction and leave the other areas — political, economic and cultural – for detailed consideration at a later time.