She was born on the 9th of January, 1937, the 2nd daughter of Lional & Lorna Hingert (nee’ de Run). Her Dad was a Clerk who worked as a Civillian for the Ceylon Army, while her Mum was simply considered a housewife.

The family had moved into No.10, Lorensz Road, Bambalapitiya during the late 40’s, and this is where I met Maureen (Neliya Hingert), for the first time. I was just 15 years of age, when we moved into No.38 Lorensz Road ourselvesAn Ode in 1950. Neliya & I fell in love at first sight. It was called “baby-love”, at the time, because we were both so very young, and yet our relationship was very close indeed.

Her parents were both quite strict with her, and she used to confide in me whenever we met privately, which was very often. To me, she was the most beautiful girl I had seen,  and I had to physically fight her older brother, Budgie, just to visit No.10, to see “my girl”. Then, because we were always short of this thing called “money”, I did feel rather bad about not being able to buy her any decent presents, even for her followng birthday, so, quite suddenly, following a dream about her, one night, I decided to write a song dedicated to this love of mine, that I naturally titled Dream- World. She loved the song, which I also sang over the airwaves to her, via the Commercial Service of Radio Ceylon, a couple of years before Philips Records decided to accept my Dreamworld as the very first English Original Composition from Ceylon to go under the Phiip’s name.

By now, I had already left St.Peter’s College, to run off from College and home to join an English Circus Troup who had been brought in by the famous Donavan Andree, for a season of touring around Southern Ceylon. By the time I got back home to Lorensz Road, about 5-6 months later, Neliya had already won the title of “Miss Ceylon”, and although we did not continue to meet as often, we were still good friends.

Then, one day she came to me and told me that she was now invited to compete in the Miss Universe Contest in America and asked me if I would accompany her there.

I would have loved to, but I had, by this time, joined the Royal Ceylon Navy — signing up for 12 years.

I told her to go to America and “do her thing”, and I was sorry I could not go to the U.S. with her, because, if I did, the R.Cy.N. military police would come out to get this A.W.O.L. Sailor back ASAP. We said our goodbyes and parted, and Neliya went on to be the 2nd runner-up in the Miss Universe Contest, thereby putting Ceylon “on the map”, so to speak.

In America, she met & married Mario Zamperreli, had three daughters by him, very sadly lost both the eldest and youngest daughters…… Gina (the eldest), whose tribute to her mother, is also part of this story. I am happy to say that I still keep in touch with her, as often as possible. Neliya is now 85 years old & my 86th birthday turns up on the 2nd of July this year. Hoping to still be around, writing for e’Lanka.

Just in case she reads this “post”, Congratulations Neliya, for what you did for OUR Motherland. I think of you often, will never forget the happy times we spent together, and, once again, my sincere sympathy on the death of your two daughters. Take care now, Mommazee, stay safe, and God bless you. 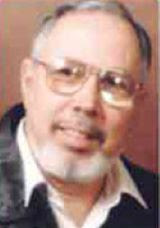