The Class Divide on the Australian Tennis Court

Osman Faruqi, in The Age, 27 January 2022, with this title  ‘Yahoos’ have as much right to be at tennis as cucumber sandwich set”

Australia loves telling myths about itself. One of my favourites is the idea that Australians are laid-back and distrustful of authority, with an abiding fondness for larrikinism. It’s a favourite because of how stubbornly it continues to persist, even in the face of regular evidence to the contrary.

Take the national moral panic we’ve had this summer in response to crowds at the Australian Open not cheering in the right way. Some tennis fans were described in these very pages as “yahoos” who had rendered the sport “unwatchable”.

The key culprit, as is always the case when it comes to the Australian media’s gripes about the current state of domestic tennis, was of course Nick Kyrgios. His fans have been accused by several media outlets of cheering too loudly, too incoherently, not respecting opposing players, not respecting officials, and, perhaps most bizarrely, of being “overly patriotic”.

For a second, disconnect these accusations from Kyrgios and whatever your opinions about him might be. Separate them from the context of the specific sport and tournament they’re occurring in. Significant sections of the Australian sports community – from fellow athletes, to commentators, to sports writers, to other fans – have been losing their minds because Australians are too loud, patriotic and disrespectful?

So much for the myth of the laid-back, sports-mad country full of good-natured larrikins. 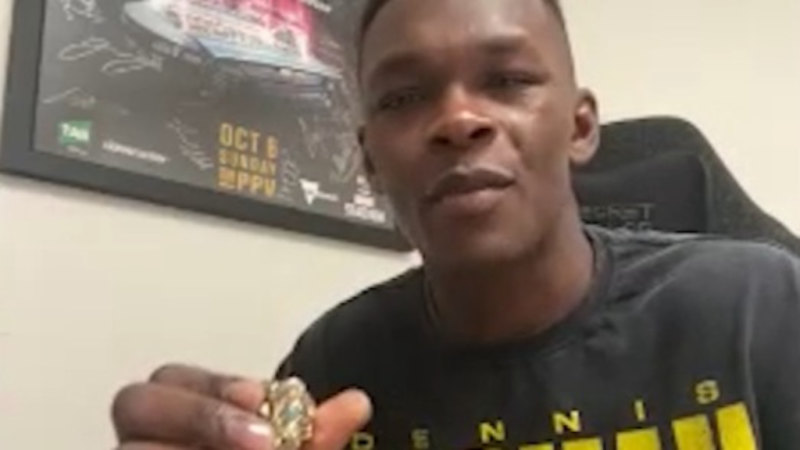 Like every other so-called “Australian value” there’s actually nothing intrinsic or immutable about them. They’re not an organic or genuine reflection of our society, or even a particular subset of our society. Their purpose is to define who belongs and, more importantly, who doesn’t belong.

And that’s really what this confected and frankly, pathetic, furore in relation to the Australian Open crowds is about. Nothing makes that more clear than the fact that what have historically been considered the most fundamental of Australian values – loving sport, being patriotic, and thumbing your nose at authority – have been jettisoned to criticise a particular type of fan.

Like most of the criticism Kyrgios has faced throughout his career, this latest attempt to attack his fans as boorish “yahoos” isn’t about manners or respect, it’s about telling a group of people they don’t belong.

When Kyrgios was a 20-year-old tennis prodigy, playing in Wimbledon, one of Australia’s most lauded and widely respected athletes Dawn Fraser told him and fellow Australian Bernard Tomic to “go back to where their parents came from”.

Kyrgios has Greek and Malaysian ancestry, while Tomic’s parents are Croatian and Bosnian. It was an extraordinarily racist outburst, and one that sought to remind athletes from non-Anglo backgrounds that it didn’t matter even if they literally represented Australia on the international stage, they still would never belong. It remains telling that sports commentators in Australia are still more likely to condemn Kyrgios for his on-court antics than disavow someone like Fraser.

Kyrgios brushed off the insult and continued to play professional tennis, albeit on his own terms. He’s been open about the impact the relentless, negative media coverage has had on his mental health.

“This sport could have driven me into a place of dark, which it did for a bit,” he said last year. He now jokingly refers to himself as a part-time tennis player, having found the balance between playing enough to win decent prize money and maintain sponsorships, and enjoying his life.

‘An absolute knob’: Kiwi doubles opponent fires back at Kyrgios

Kyrgios’ honesty, charm, raw talent and braggadocio have built him an enormous fan base, and transformed the make-up of tennis crowds. This is obvious to anyone who has been to the Australian Open over the past few years and contrasted the experience in John Cain Area (colloquially known as the “people’s court”) to that of the more expensive Rod Laver or Margaret Court Arenas.

Tickets for the former come as cheap as $19, while the latter can set you back over $300. As a result, the crowd demographics are drastically different. Rod Laver is generally occupied with what a tennis-loving friend of mine describes as the “cucumber sandwich set”. The court is largely silent, aside from polite applause when points are won. Exclamations of joy during close rallies are regularly met with calls to hush. It’s peak, WASP-y repression.

John Cain, on the other hand, is an emotional roller-coaster. It’s the best of what the country can offer. The crowds are much younger and more diverse, thanks to the affordable tickets. They cheer and scream because this is sport, not a library.

This year there’s been much hand-wringing over the “Siuuuuu!” chant that has dominated the Open, particularly during Kyrgios matches. Initially I also found it confusing, but when a young Greek-Australian fan at Kyrgios’ first match explained it was a tribute to one of the world’s greatest football players, Cristiano Ronaldo, I got it.

Football is the world game, unlike tennis which skews heavily towards developed, largely European nations. It’s not surprising that Kyrgios fans are injecting the sport with elements from other codes they follow.

The angrier the cucumber sandwich set get, the louder they “Siuuuuu!” They don’t respect them, and why should they? They’re the people tennis has excluded for most of their lives. It took someone like Kyrgios to blow up the sport and let them in. And, regardless of how the older generation feels, it’s good for the sport.

This year’s ratings during Kyrgios matches have been enormous. Doubles matches are rarely known for their atmosphere, but this year the Kyrgios and Thanasi Kokkinakis double-header has become a must-see event. Nine, the official broadcaster of the Open, even bumped Rafael Nadal off free-to-air to show the Special Ks. The doubles semi-final on Thursday has been moved to Rod Laver Arena to accommodate greater fan numbers.

None of this should be a surprise. Athletes like Kyrgios and Kokkinakis look and sound like modern Australia, as do their fans. It might make traditional tennis fans uncomfortable but they need to get over it. The walls are coming down and the “yahoos” have as much right to be there as the cucumber sandwich set.

There’s only two options: whinge about it or, to quote Kokkinakis himself, channelling the kind of authentic Australian larrikinism the country professes to adore: “Sink piss and come here!”