The Conderlag Wedding in Galle, 1932

The marriage ceremony at the All Saints’ Church in the Fort of Galle on the 17th February 1932 is a reminder of the signficant number of Burgher families who were born and bred in the southern districts of Sri Lanka stretching from Tangalle to Ambalangoda. Absorb these names: Labrooys, Bastiaensz, Ludowyk, Colin-Thome,  De Vos, Bartholomeusz, Austin, Joseph, Ephraums, Buultjens, etc etcetera.  My thanks to Adrienne Ranasinghe nee Conderlag for this memorable document. 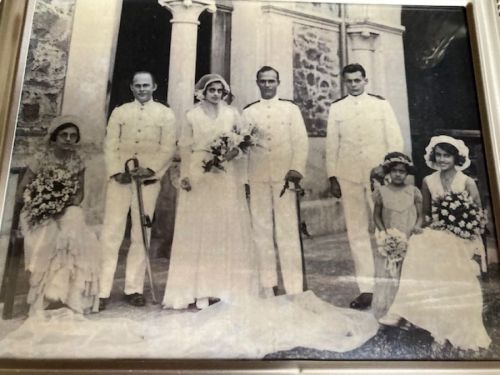 Such black and white pictorial artefacts contrast with the scenarios within the Fort of Galle TODAY where photographic studios ‘make hay’ as wedding bells loom by bringing honeymoon entourages to the ramparts and streets of the Fort to embellish the path to oneness.

This is a rampant industry that generates some muttering among the residents in the Fort especially where these pre-nuptial parties clog the narrow streets …. BUT the practice  is widely tolerated in the typical spirit that prevails within this multi-ethnic quarter [where the proportion of Burgher residents has dwindled to nearly zero in contrast with the first half of the twentieth century]. 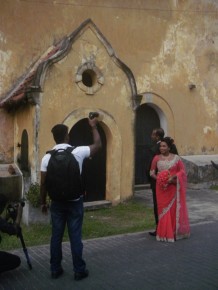 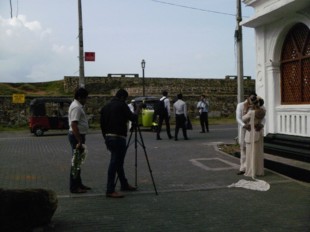 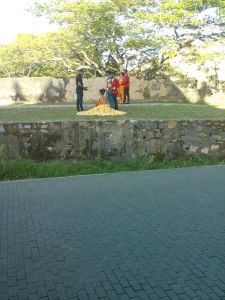 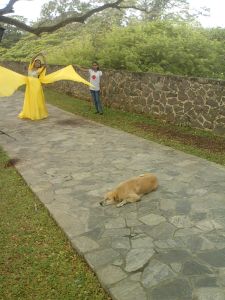 “nothing to get excited about” says the bastard mongrel …. “seen before, done that”

One response to “The Conderlag Wedding in Galle, 1932”