In following up on my article clarifying the context of a Letter sent by my sister Norah Roberts in April 1995, I am saying “Mea Culpa, Norah, I did not realise what a repository of knowledge on Sri Lankan society you were during your lifetime. Neither did I recognise your commitment to this land and its people.”

To those readers and aficianados who are not familiar with Norah Roberts as the Librarian in charge of the Galle Public Library in the Fort of Galle from 1940-82,[1] let me provide pertinent biographical details. Norah Roberts was born in 1907 from the first bed of TW Roberts (1881-1976), a Barbadian in the Ceylon Civil Service under British rule whose first wife was an English lady Florence Tarrant. TW generated a large family and Norah had two elder brothers and an elder sister Marjorie among the children who survived, beside three younger sisters (Violet, Sheila and Dolores). She received a good education including some years at St Bridget’s in Colombo. She taught at St. Bridget’s Convent in Colombo from 1930-32 – but was forced to resign because she was afflicted with total deafness.[2]

I have no information on the causes for this affliction or any biographical data on what she did from 1932 to 1940. It seems that she joined her father’s establishment at the Judge’s Bungalow in Galle where he had assumed the prestigious role’ of District Judge in 1929.[3]

Such profound ignorance arises in part from the fact that I was not around till 1938 – born at a rented house in Pedlar Street where my father and family resided after he completed his service in the Ceylon Civil Service in 1935. By then he was a respected and senior figure in Galle town.[4] But whatever affluence he had was on the decline[5] — perhaps because of his strong interest in horseracing and gambling. We had a horse called “Nancy” residing at our back stables at one time and family lore indicates that she never ever won any race.

In order to fill out on the circumstances that led me to take Norah for granted and possess limited experience of her outreach activities in Sri Lanka, let me serve up biographical details of my upbringing in Galle – the main point being that in circumstances where I had numerous older sisters to shepherd me, Norah receded into the background because her deafness limited our interaction.

As the youngest progeny from my father’s second bed,[6] I was privileged to have the guidance and oversight of three immediate sisters as well as older sisters from the first marriage: namely Marjorie, Norah, Sheila and Dodo (as Dolores was known). The latter married Sidney Sirimanne on the 26th August 1940 when I was aged around three years old.[7] ……… so my early days in Pedlar Street were in the presence of a battery of sisters, the convivial interaction with the Kularatne family on Rampart Street,[8] the wonders around the ramparts and Girl’s Bathing Place as well as typical cricket and other games with the Gunawardena boys opposite us in Pedlar Street.[9]

Since Norah was totally deaf and did not participate actively in conversations at the dining table, my memories of her at Pedlar Street are negligible, though those associated with 38 Middle Street — to where we moved circa 1949 – are stronger. Norah could be testy at times – hardly astonishing in her circumstances. I did visit and use the Public Library – her throne and domain – occasionally. But my focus at Middle Street was around sport at St Aloysius, tennis at the Galle Gymkhana Club nearby, games with my dog Blaze and numerous games and activities with a circle of mostly male friends –spiced with cycling trips, games and activities with a larger circle assembled around my sister Audrey when she was at home during holidays (from Ladies College or Peradeniya University).[10]

This long excursion clarifies the reasons behind my failure to give due space to Norah in subsequent decades when I had entered the ranks of academia and moved eventually into the arenas of anthropology, sociology and politics – all fields involving “ethnography,” or data gathered via conversations among people about their daily life and observations derived from watching and/or participating in their everyday activity.[11] While researching Sri Lankan topics for the Department of Anthropology at Adelaide University, I visited Sri Lanka at various points in 1979, 1980/81, 1987/8 and then again in the 1990s.

Marge, Norah, myself, Estelle and Sheila at Estelle’s place

By the mid-1980s Norah had left Galle to join her sisters in a house they occupied at First Lane, Kirulapona. I did visit them often and enjoyed their company whenever I was in Colombo. BUT … I did not explore Norah’s store of knowledge about Sri Lankan rural life – knowledge garnered during a year’s stay at Urubokka[12] and in the course of her strong interest in the work of the Lanka Mahila Samithi.[13] What an abdication of roadways ‘next door’ and in-house by a person in a Department of Anthropology! Mea culpa.

That stressed I can pat myself in the back for the efforts pursued in ensuring that the second edition of her book produced in 2005 was a worthy period piece with embellishments in the way of additional photographs –some of extremely rare vintage. Above all,  I pursued Ismeth Raheem’s brilliant suggestion that Donald Friend’s six-metre mural depicting the fort and port of Galle as he imagined it for the 1890s should serve as a cover  — a suggestion brought to fruition by the assistance of Vijitha Yapa and the cooperation of Virendra Lintotawela, Chairman of John Keell’s where the mural reposes. 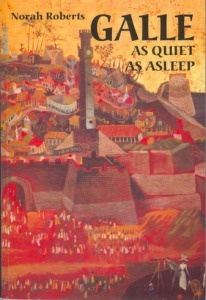 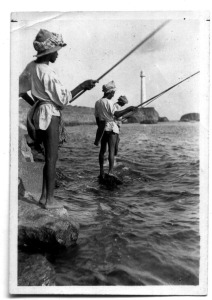 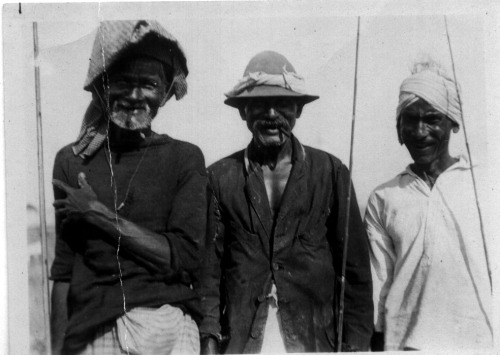 The significance of this book has been highlighted by an unsolicited recognition of Norah’s writing and her courage by Professor Cynthia Vandendriesen in Perth,[14] no mean writer herself and one who has straddled Australia, India and Sri Lanka in her writings and experience. Cynthia has placed Norah among “the great women from SL.”[15]

Joe Simpson: “Appreciating Galle in Its Quietness and Pastness,” 18 May 2017,  https://thuppahi.wordpress.com/2017/05/18/appreciating-galle-in-its-quietness-and-its-pastness/

[1] There were two spells when she took leave –one being in the 1950s when she visited England and stayed with the Sirimannes (info from Guy Sirimanne).

[2] These details are from the back cover of her book Galle as Quiet as Asleep, (Vijitha Yapa, 2005 edn).

[3] TW loved Galle –as indicated in a handwritten letter to the Nicholls family in Barbados which I have in my possession now.

[4] TWR even served in the Galle Municipal Council for a while. He was also a stalwart member of the Galle Gymkhana Club located within the Fort where he used to play bridge and tennis; and in the 1940s and 1950s also served as a steward at the Boosa horse races in December each year.

[5] Family lore indicates that he owned two houses in Ward Place in Colombo 3 – presumably sold to finance his betting practices. We apparently possessed a car at some point, but I have no memory of one. TW spent hours studying the racing form books when we were living at Middle Street. Aah! Therein lies a tale.

[6] TW’’s first English wife Florence passed away in 1925 and in 1926 he married Miriam Perera from Matara, a daughter of a Salvation Army officer named William Perera and a Miss Clarissa Sophia Bastiaensz of Matara. His second son, Gilbert, was his best man at the wedding. Subsequently, my mother Miriam fell in love with a British army officer named Blackman during the 1940s and left for UK with him. This rift had a limited impact on my life because I had numerous elder sisters and was totally absorbed in recreational sport (swimming, cricket, and games with pals) and the Aussie England Tests and county cricket scores in England, besides the William and Biggles series of books and tales from the Second World War.

[7] I was the page boy (captured on camera); but carry no memories of this event and the service conducted at the All Saints Church in the Fort by Fr Swithin Fernando.

[8] Rampart Street provided the setting at our back door which was 50 yards from the “Girls’ Bathing Place” and ten yards from the Kularatne front gates. The H de S Kularatne family was quite as numerous as ours and my sisters had mates of the same age in that household. We moved freely in and out of that mansion.

[9] Nalin was slightly older than me while Ranjith was my age. The “test matches’ we enacted on their verandah in tennis ball matches with delineated boundaries, sixes and field placings, were as absorbing as formative in skills.

[10] Audrey was a livewire and leader and had a wide circle of friends, notably the Conderlags, de Alwises of Kalahe and Wickremasinghes of Lighthouse Street. She fell in love with and married Tony Obeysekere who lived opposite our house at Middle Street – migrating to UK in that process.

[11] My historical researches on the emergence of the middle classes in British Ceylon during my teaching work at Peradeniya from 1966-76 did involve oral history and ethnographic research; but the move to the Department of Anthropology at Adelaide University in early 1977  required further and deeper commitment to ethnographic findings.

[12] Thanks to my niece, Ann Abeywardena nee Sirimanne, for this piece of information. Urubokka is in Sabaragamuwa and about halfway between Deniyaaya and Katuwana.

[13] For some [inadequate] information on the Lanka Mahila Samithi see …………………. https://asiainch.org/organisation/lanka-mahila-samiti/

[14] Cynthia Vandendriesen nee De Soysa was my contemporary as an undergrad at Peradeniya University in the late 1950s and moved to Nigeria and Western Australia with her husband –university lecturer Ian Vandendriesen.