Norah Roberts: A Letter from Her Past, April 1995

My sister Norah Roberts, I now realise, was a remarkable woman. Further elaborations along these lines will follow in a second “Memoriam.” The present display is via a Letter she sent to Fr Corera of the Vanareeth House for Elders run by the Sisters of Charity in Galle on the 15th April 1995 …. a copy of which has been preserved by Moninna Goonewardena of 15 Parawa Street, Fort, Galle.[1]

The copy of the Letter below will be followed by a commentary on several facets touched on within the letter; while my Ode in Praise in a subsequent essay will present details on Norah Roberts and her difficult circumstances of total deafness from her 32/33rd years on earth.

No. 15. A. First Avenue,
Kirilapone, Colombo 5
15-4-95
Dear Rev. Fr. Basil Correra
A Happy Easter to you & God Loves you
“I love you too”- as the good Pope sang & all cheered. Strange how Good Friday & Sinhala New Year have fallen on the same day? Is God helping Peace & Unity — No separate colours all white — ‘all one united in peace. I look forward to Chandrika’s Peace in the North.
I am now at home recuperating for a month after my Cataract Eye operation.  Do you know I visited Galle for 5 days before the op to have a last look-see & meet old acquaintances: Bulalil Amma, Kandhawathie(?) old servant Siddhawathie(?) Catherine (?) & others. Sorry I missed out on a visit to you – a long walk and little spare time.
I stayed with Moninna Goonewardena – she refused to accept board. I visited theold Portuguese Kataluwa Walauwa — a little disappointing — nearer Weligama than Galle.I was just interrupted by Sister Francesca & Simeon a kind Church assistant who came to give me communion – blessed sacrament I missed on Palm Sunday & Good Friday – so kind. It warmed my heart – Sister too had her cataracts removed- But all smiles.

I am dejected – often wish to die these days. The good old caring days are over- I have to visit the hospital again in a month – to test eyes – also for glasses. Pray I may be able to read dear Father. The op was very painful.
I had to keep reminding myself it was Lent so managed not to scream with the pain – some(?) 50 or so needles pricked into the eye- stitches many more(?). Last time first op I did not feel anything after the 4th painful injection. This time I was conscious & felt all through.
Catherine wrote that Fr. Del was transferred: Galle’s loss another’s gain. there is nothing like kindness to bring us closer to God.

Violet not too well. Blames every little thing I do – all misjudge my actions.  All imagine I am angry when I am not. Perhaps I should leave. But just now I need help – need Sheila to take me to Hospital & because of my book – My work here – Received one nice cheque 71,000/ banked.  I look forward for an Easter Cheque.
[A] Few errors have to be corrected in a possible 2nd edition. Have you received my book Father?  I told Mr. Ranil Kapuge new Aloysian Principal to buy a copy for the College- expensive Rs 900/= from Lake House. Bookseller gets 40%.
How are you Father? Are your right-hand fingers(?) stiff? Is it difficult to write? Please reply if you can.
All the best for the United(?)New Year.
Peace & Unity. God speed.
Sincerely
Norah R
[PS] Can’t see properly yet. So hav’nt checked this letter.
Excuse errors .

Despite her deafness Norah Roberts was clearly alive to the vital political events occurring around her and others in Sri Lanka. She begins with a deeply felt expression of hope for ongoing peace in Sri Lanka (appropriately at Easter) in the light of the peace talks that were then taking place between Chandrika Kumaratunga’s government and the LTTE.

These peace talks had begun in September 1994 and by the 10th April 1995 had entered the Fourth Round with Charles Abeysekera, Dr. Jayadeva Uyangoda and Bishop Kenneth Fernando joining Kusumsiri Balapatabendige and Lionel Fernando in President Kumaratunga’s band of trusted hands –thereby making  up a team that included two leftist intellectuals in Abeysekera and Uyangoda.  Yes, the fourth round of talks …. and implicitly, a hopeful and consolidating stage.

Norah’s letter, note, was written on the 15th April.

Late at night on the 19th April a team of Tiger frogmen sank two SL Navy attack craft, via an underwater mission – a suicide mission in fact. “Sooraya” and “Ranasuru” were gunboats in the attack class squadron and in Wikipedia the laconic summary notes that the LTTE goal was “to disable the larger fleet units of the navy, thereby limiting its ability to effectively patrol the coastal waters around areas controlled by the LTTE allowing them to smuggle arms and ammunition from the intentional waters of the Indian Ocean.”[2]

Here, then, we see an instance of fascist perfidy and realpolitik that is on the same moral scale as the Japanese attack on Pearl Harbour on 7th December 1941 at a stage when the Japanese ambassador in Washington Kichisaburo Nomura and the US Secy-of-State Cordell Hull were participating in multiple meetings with the objective of resolving the political issues in US-Japan relations.[3]

I was resident in Delhi att his point of time pursuing comparative material on communal violence in the Indian subcontinent, as one aspect of my search work on pogroms and riots in Sri Lanka. I had scheduled a meeting with N. Ram of The Hindu who happened to be visiting the Indian capital in April with the intent of garnering pictorial material on such violence. That project was, now, effectively, torpedoed! My meeting with Ram invariably focused on events in Sri Lanka and the impact of the LTTE declaration of war.

This background circumstance in my own biographical journey renders Norah’s hopeful remark, written before that act of fascist Tiger perfidy, all the more meaningful. Norah Roberts was an engaged Sri Lankan, far more so than many others in her sisterhood and brotherhood.

There are, of course, other threads in her letter

But, Norah Roberts, like her father TW, was a sturdy battler. 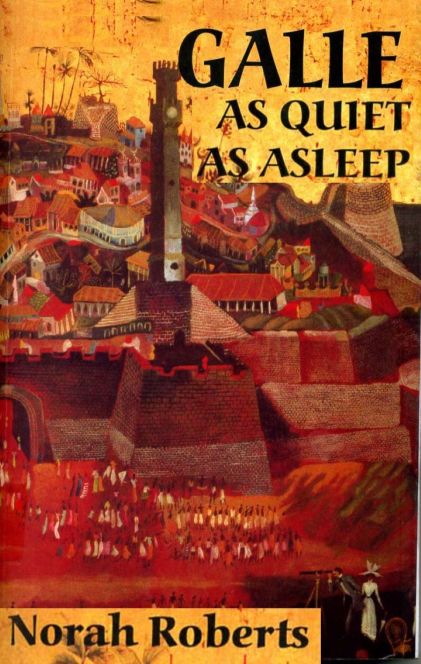 [2] https://en.wikipedia.org/wiki/Bombing_of_SLNS_Sooraya_and_SLNS_Ranasuru. This report indicates that “Navy divers recovered bodies of 11 sailors and four Sea Tigers which included two females. 22 naval personal were wounded with one later succumbing to wounds.” Also see https://apnews.com/f350abbde6b843dfaf9587f700716185. For the importance of these sort of craft in the last three yeas of Eelam War IV see https://www.youtube.com/watch?v=HFp0bjSgwe4&list=TLPQMTYwODIwMjDGvojc9YaU7Q&index=2