Boris Johnson faced double defeat in the House of Commons on Wednesday night. First, MPs voted overwhelmingly to back a bill aimed at blocking a no-deal Brexit if the PM hadn’t agreed a plan with the EU ahead of the 31 October deadline. Then, after the Prime Minister insisted a general election must be held as the bill “scuppered” his Brexit negotiations, MPs turned down that motion, too. So what options are the PM left with now?

Mr Johnson wanted MPs to agree to an early general election on 15 October, saying the bill – which forces him to ask for an extension to the Brexit deadline if no deal has been agreed by October 19 – left him unable to negotiate a deal with the EU. He needed two-thirds of all MPs to vote in favour of a snap election under the Fixed Term Parliaments Act, but the result only saw 298 vote for the motion and 56 against – 136 short of the two-thirds majority he needed.

On Thursday, the House of Lords dealt a fresh blow to the Prime Minister, pledging to pass the bill by Friday afternoon

1. The Government refuses to give royal assent to the bill

Royal assent is when the Queen formally agrees to turn a bill that has cleared both houses of Parliament – Commons and Lords – into law. The Government cannot flat-out refuse to do this, but it can hold out until after prorogation next week, at which point all bills without royal consent are scrapped.

However, this move would almost certainly promote rebel MPs to seek new means of circumventing the PM, as it would be constitutionally unheard of. A former parliamentary lawyer told The Times: “It is so subversive of every constitutional norm. It would be incredibly irresponsible.” The lawyer said that while there would be nothing preventing the Government pursuing this route, doing so would be “constitutional dynamite”. 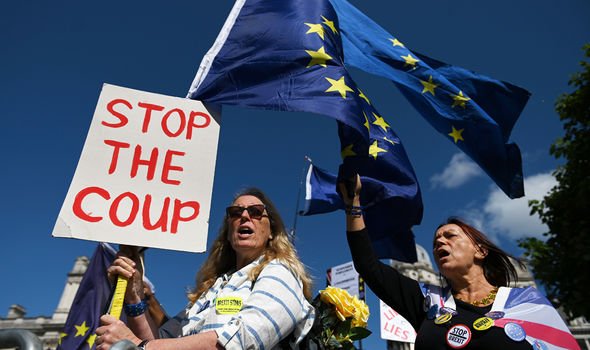 Brexit: Protests have dominated the streets of Westminster (Image: Getty) 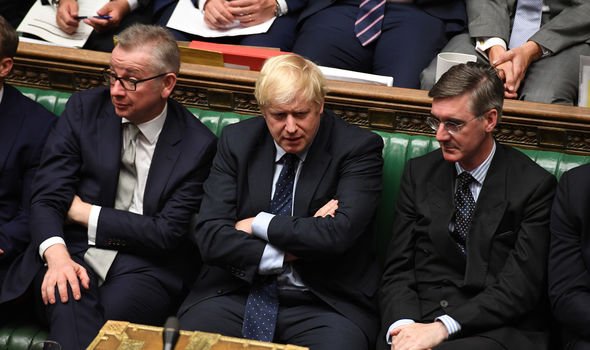 Brexit: Johnson in the House of Commons on Wednesday (Image: Jessica Taylor via Reuters )

2. The Government seeks a general election without a two-thirds majority

There is a route, albeit a complicated one, in which the Government could pursue a general election even if the motion fails to achieve the 424 votes it needs. The PM can propose a one-line bill along the lines of “notwithstanding the provisions of the Fixed-Term Parliaments Act, there will be a general election on October 15”, which would only need a simple majority to pass.

But in a scenario where Labour opposes Mr Johnson’s early election plan, it is possible that the Government will struggle even to attain that. And even if it does, it would still need to go through the Lords and receive royal assent before prorogation next Monday. The Prime Minister would then likely be forced to make the embarrassing decision to rescind the prorogation of Parliament he requested of the Queen last week. 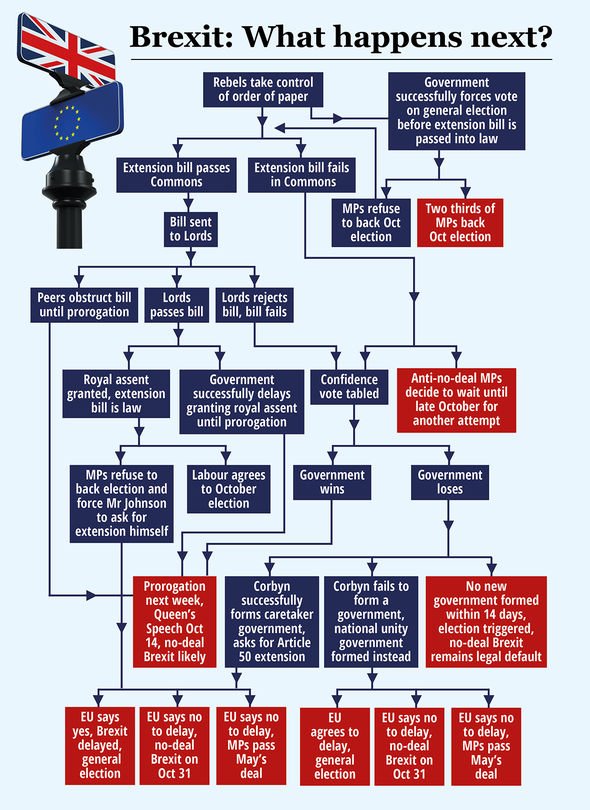 3. The Government holds another referendum

If the extension bill passes but a general election is impossible, Mr Johnson will be stuck. By law, he will be compelled to seek an extension to the Article 50 negotiating window in late October if he has not secured a deal first, going against all his promises.

One option is for him to decide that, as all his tactics have been frustrated by Parliament, a referendum is the only choice left. However, the length of time required first to legislate for and then hold a referendum will mean a Brexit delay well beyond October 31, and possibly even the January 31 date proposed by the rebel MPs.

So, perhaps, it would be easier to admit defeat and work towards a January 31 departure with a deal?

One response to “Dunkirk Once Again! Britain under Severe Threat”