The Spectator as presented in The WEEKEND AUSTRALIAN, 27 April 2009. with this title “Declaring a war was just what the terrorists wanted”

It has become commonplace to describe terror attacks as “senseless”. The horrific Easter Sunday bombings in Sri Lanka make little sense. The only way to understand them is as a symptom of the growing globalisation of terror. The tactics — synchronised bombs on a Christian holy day — are grotesquely familiar. The ­attacks clearly targeted Christians. The culprits are local Islamic extremists. The purpose of the attacks, therefore, was to increase tensions between Muslims and non-Muslims.

A policeman frisks a Muslim devotee as he arrives at a mosque to attend Friday noon prayer in Colombo on April 26. Picture: AFP

Sri Lanka used to be well known for violence. A civil war divided the country bitterly and cost the lives of up to 80,000 people. But it was an ethnic conflict between a rebel group of Tamils demanding independence from the majority Sinhalese. There was no role for either Muslims or Christians: they are both small ­minorities in a country which is nearly three-quarters Buddhist. The civil war wasn’t about faith; it was about ethnicity.

While Sri Lanka does have a radical Islamic group — National Thowheeth Jama’ath, which has been blamed for the attacks — until now it has limited itself to minor acts such as defacing Buddhist statues. Buddhist targets would in fact make a more natural target for the group’s ire. Last year, Muslim homes and businesses were burned in a spate of attacks by Buddhist mobs.

At first, the scale of the Sri Lankan bombings seemed surprising: how could a band of vandals suddenly acquire the means to perpetrate one of the most deadly terrorist attacks of recent years? The picture became clearer when Islamic State claimed responsibility for aiding the attacks.

Jihadis are now appearing in a country that was utterly unprepared for trouble on this scale. The lesson from New Zealand and Sri Lanka is that no country, however remote it may seem from the religious politics of the Middle East, can now consider itself safe from such madness. On the contrary, countries with no history of animosity between Christians and Muslims must now consider themselves to be especially at risk from extremist attacks.

In the past two decades, the West has provided plenty of examples of how not to react to Islamist violence. Eighteen years ago, Osama bin Laden could not have dreamed of a better reaction from the West as he attempted to reorganise world affairs along the lines of his clash of civilisations. George W. Bush needed to make a robust response to the horrors of 9/11 — that goes without saying. But in declaring his “War on Terror” and making out that the rest of the world was either with him or against him, he helped generate the idea that the world was divided into two tribes: one Islamist and the other led by Christian-dominated America. The military strategy was one failure. Accepting bin Laden’s premise was another.

Sri Lanka will do itself a favour if it treats the Easter Sunday ­attacks as straightforward attacks of extreme criminality and refuses to indulge the ideology of the ­attackers. There are signs that it is doing just that. Its Muslim council has been the first to warn of ­attempts by Wahhabi hardliners to spread their creed of religious division into an island that has ­always been resistant to it. There has also been a display of honesty about the extent of the problem, and the progress that jihadists have managed to make in radicalising Sri Lankans. The idea of religious war allows extremists to control society without ever being elected to government.

For the West, there is a lesson in Sri Lanka, too — that defeating Islamic State is about more than depriving the group of territory. While Islamic State took great pride in being a pretend state its activities were never likely to end with territorial defeat. The Sri Lankan attacks show how easy it can be to brainwash suicide bombers. While it is possible to decapitate the leadership of al-Qa’ida, it has proved harder to confront its ideology. ­Especially if military action seems to reinforce, on a global basis, the jihadis’ point about a religious war being under way. Military force alone will not be able to defeat this form of terrorism.

Islamists would like to encourage Sri Lankans (and others) to see Muslims as an enemy within, as people whose faith makes them immediately suspect. Their wish is for Muslims to feel persecuted, thereby persuading other young recruits to join this concocted jihad.

The strong Muslim leadership in Sri Lanka means they may not succeed. But there is no doubt that this is their aim. The Easter Sunday attacks were a reminder of what Islamic State is able to do. Our only real defence against them and other terror groups is eternal vigilance. 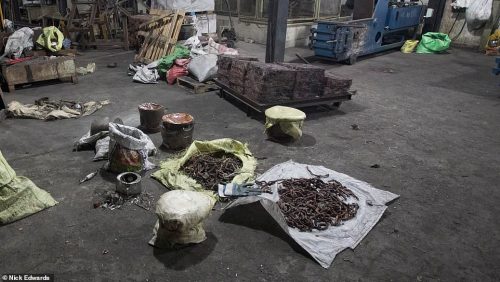