Sir Don Bradman called him the ‘greatest cricketing being to have ever walked the earth,’ and in Sri Lanka, he is considered as someone who shaped the careers of many players. Sir Garry Sobers turns 85 today. He was hired by the Board of Control for Cricket in Sri Lanka in 1980s and his influence benefited a young cricket team, enaabling them  to rub shoulders with formidable opponents of the game.

Sir Garry accompanied the team to a couple of tours to England, including the 1983 World Cup. It is a well known secret that Sir Garry had handpicked Arjuna Ranatunga during the early days. But Arjuna lost his place in the side. When Sir Garry returned, one of the first things that he insisted on was having Arjuna back in the side.

During the 1983 World Cup, training at Headingley, Sri Lankan batsmen were struggling to put bat to ball as Ashantha de Mel was swinging the ball all over the place. Sir Garry couldn’t understand what the fuss was. He borrowed a glove from Sidath Wettimuny and a pad from Arjuna, drew out a stump and started hitting De Mel all over the park. He was 47 at that stage.

His reading of wickets was impeccable having spent many seasons at Trent Bridge as Nottingham’s overseas player. There was this rain affected county game and the wicket was damp. When asked what Duleep Mendis intended to do, he was told that the captain wanted to field first. Sir Garry advised not to do so and to bat first. His reason. In the morning it may be tough to bat but there was no physical danger. Batting second would be impossible. Duleep followed the instructions. True to form De Mel hit a few batsmen.

Sir Garry was an expert in more than one subject. He knew his horses too and he would earn a thumping amount backing and betting on the right horse. 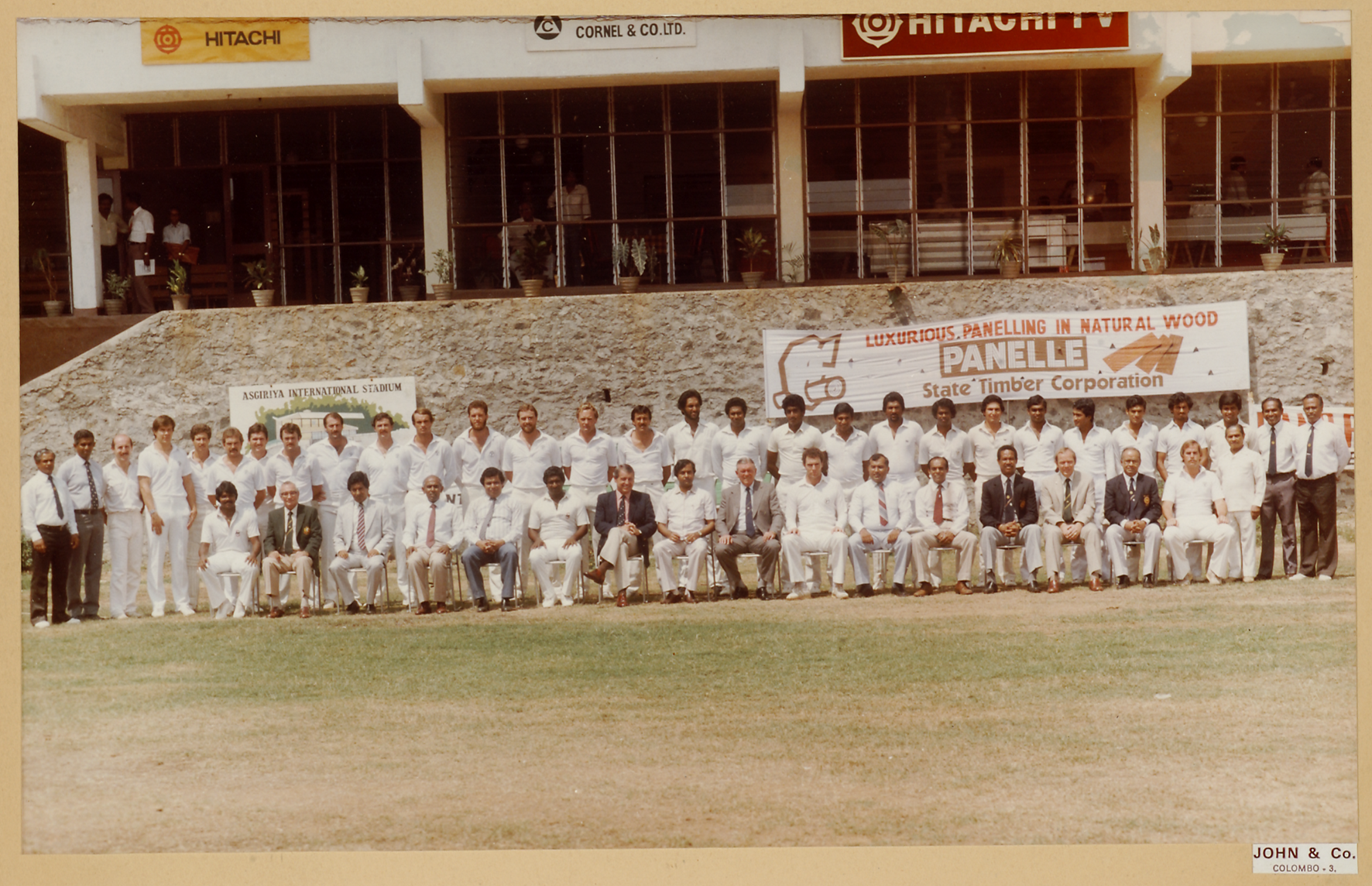 The team hotel the Sri Lankans were staying during the 1983 World Cup also accommodated a few other teams. Sir Garry was upset about the treatment his players were getting from the hotel staff while the big boys  were better looked after. He waited for the right opportunity.

One day, the Sri Lankan team had returned to the hotel after a function and the players were waiting at the lobby. The phone rang. It was for Sir Garry. The receptionist said, ‘Call for Mr. Sober.’ Sir Garry did not move. After some time, the receptionist looked at the coach and asked, ‘Are you Mr. Sobers? There is a call for you.’ Sir Garry then walked up to the receptionist and said, ‘Lady, I am not Mr. Sobers. I am Sir Garry Sobers. I didn’t ask for it. Your Queen gave it to me.’

Sanity prevailed. The Sri Lankans were well looked after from there on.

As Roy Dias recalled one day, going around with Sir Garry was like walking with the King. He commanded so much respect.

One response to “Sir Garfield Sobers: A Cricketing Genius”