The Department of National Archives, in introducing the English translation of thevTravel Diary of Isaac Augustin Rumpf

The National Archives of Sri Lanka (SLNA) is in possession of 7,570 volumes of archives written in the Dutch language. These mainly consist of Dutch Political Council Minutes, land records, all types of correspondence, reports and instructions. One of the most valuable series of these records is known as Memoirs of the Governors, Memoirs of other high ranking officers in the Dutch Government and the Tombos, namely, Head, Land and School Tombos. These records provide a vast knowledge of the Dutch administration, cultural interactions, commercial aspects, political background and various social and environmental conditions pertaining to the 17th and 18th centuries. 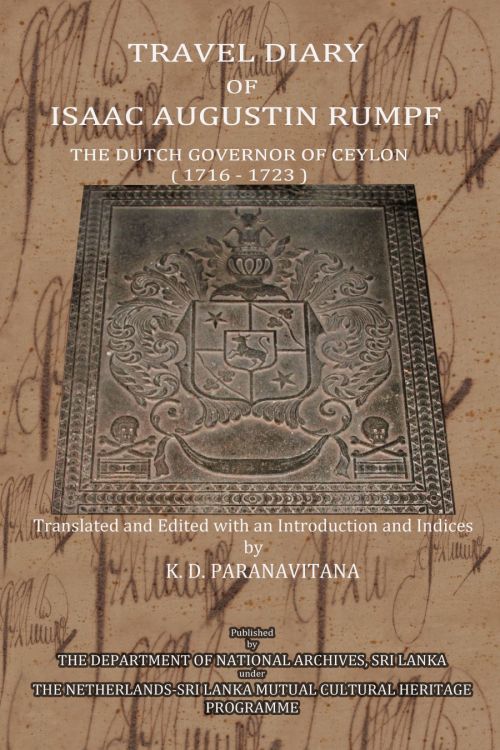 In addition some records, particularly Tombos are even now being used to prove private land ownership in the Courts of Law. This collection of records should be preserved as a part of the mutual heritage, the cultural identity of Sri Lanka as well as that of the Netherlands. Scholars are expected to use them for various research objectives, the general public for proving their land ownership and for genealogy. Therefore, it is highly important to safeguard this collection of documents for posterity by way of making them available for wider use.

The National Archives of Sri Lanka has been engaged in the process of preserving, conserving and publicizing archive material with the assistance of the Netherlands government since 2001.

The National Archives of Sri Lanka has partly completed some of the activities such as microfilming and restoration of the Dutch Records and completed the digitalization of Index to Tombo under Towards a New Age of Partnership (TANAP) (2002-2006) and TANAP II (2006-2010) with the assistance of the National Archives of the Netherlands. These were followed by the Netherlands Assistance Programme (NAP), (2006-2010) administered by the Ministry of Cultural Affairs and National Heritage. Assisted thus, the SLNA has completed the activities of digitalization of Galle Tombo Index, translating, editing and publishing a few Dutch records, the purchase of equipment for enhancing the research facilities at the SLNA and the translation of Tombos of Kalutara District into Sinhala and training of officers of SLNA in Dutch Language, Records Management, Preservation and conservation of archives.

The Mutual Cultural Heritage (MCH) project which commenced in 2010 and ended in 2014 was an asset to the National Archives of Sri Lanka and that of The Netherlands. During the period, the Dutch records in Sri Lanka were preserved by way of microfilming, conserving by manual repairing and leaf-casting, translating, editing and publicizing them to certain extent. In addition, loose pages of the Tombos were identified. Through these activities, the citizens of both the countries were benefitted by protecting the historical information common to both parties and enabling researchers to study the social, political and economic situation at the time. 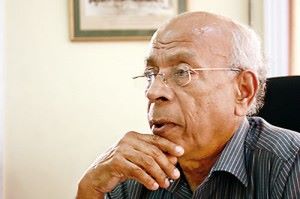 Prof. K. D. Paranavitana, a scholar who specialized in the 17th and 18th century Dutch language and who possesses a deep knowledge of history of these times has been engaged in translating, editing and publishing of selected Dutch records. His English translation of the Travel Diary of Isaac Augustine Rumpf is one of the successful products made available to public under the Mutual Cultural Heritage (MCH) Programme.

This book was launched at the ceremony held on the 4th July 2018 in the presence of the Minister of Education, Sri Lanka, and Her Excellency Joanne Doorenwaard, the Ambassador for the Kingdom of the Netherlands in Sri Lanka.

On this occasion the book was reviewed by Professor Dr. J. J. L. Gommans, Chair of Global and Colonial History of the Institute for History, Leiden, The Netherlands and the text of which is published in the Prof. K. D. Paranavitana Felicitation Volume (2018).

For more details about the archive publications please visit:   http://www.archives.gov.lk