A President One Could Die With … in Portugal

The president, who was on holiday in the region in an attempt to re-energise the country’s tourism sector, told reporters that the women had been caught in a current at a nearby beach before being swept into Praia do Alvor. 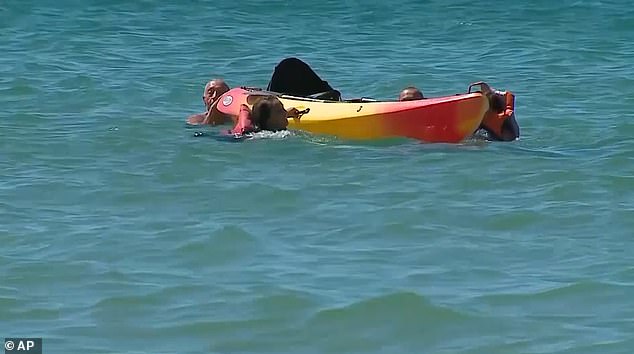 Pictured: Portuguese president Marcelo Rebelo de Sousa, 71, on Saturday as he reached two women who were struggling in the water after their canoe capsized on an Algarve beach 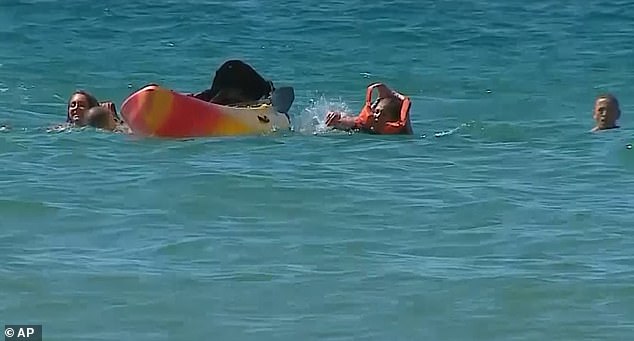 The president told local journalists that the women had swallowed a lot of water and were unable to climb back into their canoe after it capsized on Saturday off a beach in the Algarve ‘As there is a very large west current, they were dragged out, turned around, swallowed a lot of water and were not even able to turn [the kayak], nor to climb [on it], or swim, such is the strength of the current,’ the president told local media.

Footage of the incident shows the 71-year-old president, who underwent a minor heart operation last year, front-crawling out to the overturned kayak as a man on a jet ski approaches to help the rescue effort.  The president called the man on the jet ski a ‘patriot’ when speaking to journalists after returning to the beach, the BBC reported, before advising the women to be more careful in the future.

He said that the pair didn’t know how to swim very well, adding that the current would’ve been problematic even for experienced swimmers, Publico reported. 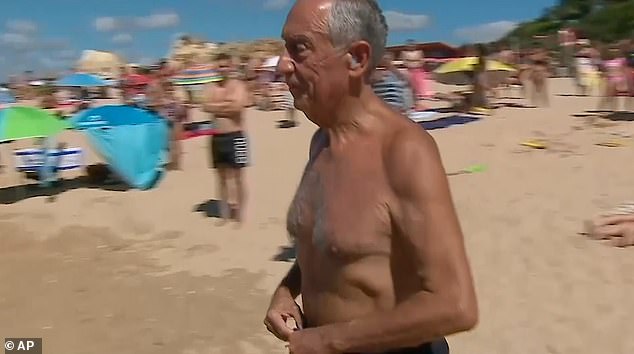 Pictured: President de Sousa returning to the water after assisting the two women off the coast of the Algarve on Saturday. He advised the two women to be more careful in the future 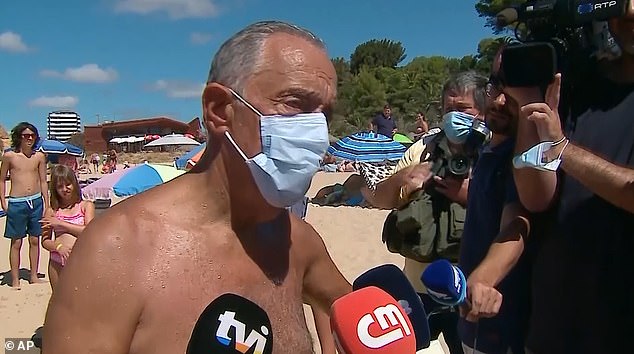 Pictured: The president speaks to journalists on the Algarve beach on Saturday. Footage of the incident shows the 71-year-old president, who underwent a minor heart operation last year, front-crawling out to the overturned kayak as a man on a jet ski approaches to help the rescue effort

According to Portuguese broadcaster 20 minutos, the president was in the Algarve for two days in a bid to boost the region’s tourism industry after a sharp drop due to the coronavirus pandemic.

On Tuesday, the UK updated its travel ‘green list’, but did not take Portugal off the quarantine list, in a blow to the country’s economy that benefits greatly from tourism from the UK.

The UK Government was warned that cases in Portugal had not fallen fast enough to be able to safely add the country to the ‘green list’.