“Have you heard what’s happening in China?  America is absolutely fucked”…. A very Kiwi way of updating someone emerging the remote mountains of NZ … Very Kiwi simple and to the point

The remote and rugged Routeburn track in New Zealand’s South Island is one of the world’s most famous and popular walks, with a years-long wait to secure a booking and visitor quotas permanently full. So when British hiker James Johnston emerged from the bush after five days solo-tramping on the off-piste Five Passes route, a prickly feeling ran up his spine when he found an abandoned Routeburn shelter.

“There are almost always lots of people there, it’s one of the most popular walks in the country,” said Johnston, 27, who has lived in New Zealand for two years. “I saw the whole place was deserted, not a single car or person anywhere, which was weird. 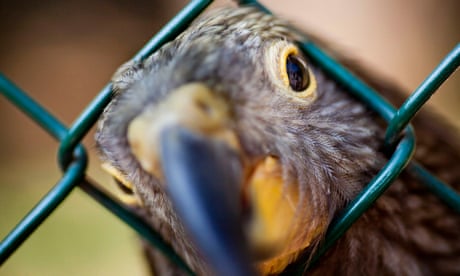 “The fact that this incredibly popular spot in a popular month of the year was empty – it was a bit spooky.”

Johnston had entered the bush when there were still only a handful of coronavirus cases in New Zealand, and the newly introduced alert system was at two – “reduce contact”. Solo-tramping on a remote mountain range seemed the ideal way to reduce contact, Johnston thought, and headed off, largely unconcerned.

Over his five days tramping he didn’t see a soul, and his phone had no reception. The trip, Johnston says, was “special” – tons of birdlife and challenging terrain. But when he descended the Sugarloaf track last Thursday – the first day of nationwide lockdown – he was tired, and ready for some creature comforts.

Finding the Routeburn shelter deserted, Johnston says an “eerie” feeling began creeping over him, as he sat down to eat his lunch and plan the next move. There being no cars around to give him a ride back to Queenstown, some 70km away.

Suddenly, three people emerged through the heavy downpour, dressed in high-vis and wearing face masks. “They were surprised to see me, and I was very surprised to them as well,” says Johnston. “I asked if they could give me a ride, and they said “‘absolutely not – we’re not allowed to take anyone in the car.’”

In a rush, the story unfolded. The whole country had been placed in level four lockdown, with domestic travel banned and everyone confined to their homes. Later, Johnston found out one of his rescuers was infected with coronavirus.

Johnston told the trio – tasked with clearing the back-country for civil defence – that he needed to get back to Wellington. He was told he’d have to lockdown in Queenstown instead, probably in a tent, at a remote campsite “for a month, or more”.

“I was reeling,” Johnston says. “To have three strangers jabbering to you about the end of the world; it was overwhelming.”

The trio decided they couldn’t leave Johnston to walk back to Queenstown and decided to take the risk of taking him in the car – directly to the airport for a flight out, after the government announced a short grace period to allow people to get home.

“As soon as I had signal on my phone I had 200 messages from people saying “you need to get out, right now, because the country is going into lockdown”. I hadn’t received any of them,” says Johnston.

“We start bombing along the road. There were no cars except police cars. There were no people anywhere. It was very spooky. The whole trip felt like Black Mirror. They kept saying “‘oh have you heard what’s happened in China? America is absolutely fucked. You know this whole thing is spreading?’”

Johnston – still covered in mud and sweat from his hike – caught his flight with just six other passengers and is now in self-isolation with four flatmates in Wellington. He intends to stay in New Zealand, with the peaceful memories of his last tramping trip to sustain him through the months of captivity ahead.

“I had sort of wondered, out of curiosity, what will the world look like when I come back?” Johnston says. “I didn’t imagine anything as unusual as this.” 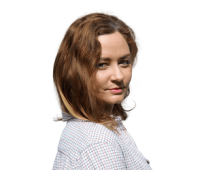 the author — whose chosen title was/is ” ‘Overwhelming’: British hiker emerges from wilderness to find New Zealand in grip of Covid-19