Populist Pressures as the Central Problem in Lanka’s Recent History …. And So, too, Now

Kumar David, courtesy of Colombo Telegraph, 4 December 2019 where the title is “Ethnic conflict -The Problem is the People”

Today’s column is of an academic nature, where names are used it is for illustration, not to bestow praise or blame on an individual. If a reader thinks a name inappropriate, substitute another and read on. Though most examples are Sri Lankan the argument is general; it is true mutatis mutandis all over the world. The dynamic may be race, religion, language, caste, colour or tribe or any such separator of a society into identity groups. The key word is identity, charged by history and circumstance.

The view that I am rejecting is the “Good People Bad Politician” (GPBP) thesis. My argument pertains to democratic societies where governments are chosen by popular mandate. It cannot be extended to occupied territories and dictatorships where people are not the agent choosing governments. The thesis is summarised in an email I received recently from an old friend.

I quote: “My firm view is that all ethnic strife is created by politicians and not by the people – people are mere pawns in the game of power politics. In Lanka and India people of different communities and religions lived in harmony until politicians intervened to become ‘Champions’ and agitated communal tensions. In India Jinnah was responsible for the division of the country after Hindus and Muslims joined hands for independence – he even rejected Gandhi’s offer to head the Govt. of a unified India and select his own cabinet. Just see the end result! Can the problems between Indian and Pakistan and the Kashmir issue ever be solved? In Lanka SWRD called for ‘Sinhala Only’, the LTTE for ‘Eelam’ and politicians of both sides kept blowing flames of ethnic hatred”. End quote.

My reply contains the gist of my rejection. Quote: “I disagree with your thesis that the people are good on ethnic or communal issues and corrupted or misled by bad politicians. As a rule it is the opposite. Examples –

1, If in 1956 NM had said “Sinhala Only” and SWRD stood for the other viewpoint, NM would have been PM and SWRD a voice in the wilderness. People chose him who voiced what they wanted and rejected the other. Not the other way round.

2. The B-C Pact and the Dudley-Chelva Agreement were shelved because people did not want to give the said concession. If any leaders refused to oppose the pacts, somebody else would have, and there would have been a landslide to that side. SWRD capitulated to public demands; not the other way round.

3. After the 1983 riots there was a surge of Tamil youth to the Eelam concept; good or bad is beside the point. If Prabaharan did not take it up, Qbakaran or Rbakaran or some other guy would have voiced it. VP would have been side-lined and that guy become mass leader.

4. The Trump Base is not an ideology created by a person called Donald Trump. Certain strong feelings exist in sections of the US population. Whoever gives voice to it gets a mass following. The same goes for white supremacy, global radical-Islam and anti-immigrant sentiment in Europe.

There are deep prejudices among humans on race, religion and culture. Humans are inherently identity driven – except Marxists and truly religious ones. These feelings may have historical-moral justification or may not, but the “communal issue” is not simply a creation of some bad politician; that’s gross oversimplification. The role of the individual in history is limited; they fit into slots created by historical opportunities and social events”. End quote.

I may have, for argument’s sake, overstated my case and ignored the back and forth dialectic of interaction between masses and leders; but I think readers will get my point.

Gota may not be a racist – I don’t know him and his stance in a recent newspaper interview was refreshing. But unless he took the natural-security state line, pandered to the BBS and went along with the highly charged emotions of the Sinhala Buddhist 72%, he could not have won. More seriously he cannot retain the presidency except by playing that tune. This is a moral conundrum and a grave hazard. He is not a Lincoln, Gandhi or Rabin strong enough to defy history; and anyway see what happened to the three of them! Their fate proves my point.

Admittedly today’s column advances a pessimistic thesis. Its purpose is to prepare for a battle that must be fought on the territory of people’s consciousness; do not concede an inch to false culture, racist policies or reactionary ideology. The battle has to be joined with remorseless determination in books and media, schools and colleges, temples and mosques and in every conversation. It is a battle humanity cannot afford to lose. 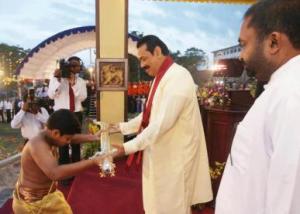 Rohini Hensman: “The Struggle for Democracy in Sri Lanka — A Spirit of Resistance,” 24 November 2019,http://www.europe-solidaire.org/spip.php?article51345 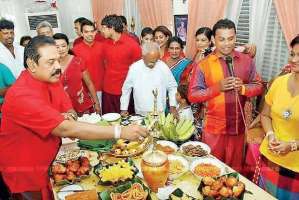 One response to “Populist Pressures as the Central Problem in Lanka’s Recent History …. And So, too, Now”