An Email Note from Muttukrishna Sarvananthan to Professor Chandra Dharmawardena, 4 May 2019

I remember you asked this question on May 01, 2019, via email to my institutional email  address. I apologise profusely for not replying to you earlier.

Please remember that the Kochikade church where the suicide bomb blast took place is in  Colombo-13 (Kotahena – opposite Jampettah Street) and NOT in the Kochikade area of  Negombo. The blast at Kochikade took place during the time of the Easter Services in Tamil.  Therefore, overwhelming majority of the casualties were Tamils. In most churches within  the Colombo City and the suburbs church services (e.g. Sunday services) take place in both  Sinhala and Tamil languages separately. In a few churches (especially within the city of  Colombo), the services are done in all three languages separately. 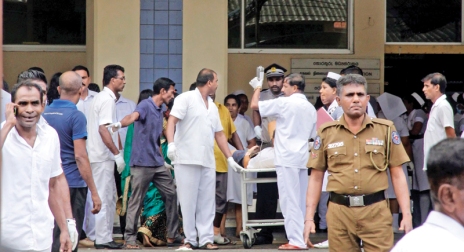 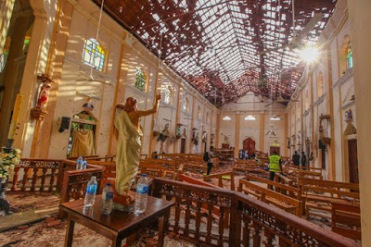 I can vouch for the foregoing fact because my partner is an Anesthetist working at the  General Hospital of Colombo/National Hospital of Sri Lanka and she had attended to the  surgeries of many of the victims of the Kochikade church.

Batticaloa is a Tamil majority district (over 70% of the district population) and  therefore, overwhelming majority of the casualties were Tamils as well.

Only in the St. Sebastian’s Church in Negombo, were the majority of the casualties Sinhalese. However, out of all the three churches and three/four hotels attacked, St.  Sebastian’s had the single highest casualties.

Kochikade and St. Sebastian’s were Catholic churches and the Zion Church in Batticaloa was  a Protestant church (I believe belonging to the Church of Ceylon).

You may also recall that the total number of deaths in all the suicide attacks in churches  and hotels were downwardly revised from 359 to 253. The explanation given was that a lot  of the bodies were severely dismembered or burnt and it was really very difficult to do an  accurate count of the total dead.

I have not come across the ethnic breakdown of the dead and injured in all the blasts to  date. As and when I stumble upon this information I could share with you all.

I hope this clarifies the Professor’s query.

“The macabre puzzle of piecing together victims at Sri Lanka morgue,”https://www.msn.com/en-xl/asia/srilanka/the-macabre-puzzle-of-piecing-together-victims-at-sri-lanka-morgue/ar-AAASsnu?li=BBJE6P9&ocid=U452DHP

6 responses to “The Death Toll in Sri Lanka: Ethnicity”