Sri Lanka is once again in deep shock and saddened by the attacks on the peaceful worshippers on Easter Sunday and the innocent visitors from abroad and from within Sri Lanka, who were at the hotels. The carnage is unprecedented in the recent times, when as a nation Sri Lanka was struggling to emerge from the depths of racial, ethnic and religious divide. This is the largest number of innocent civilians in the recent history of the country who have been killed in one day. It is the most vulnerable in the community, the women, young people and children, who have been mainly affected. 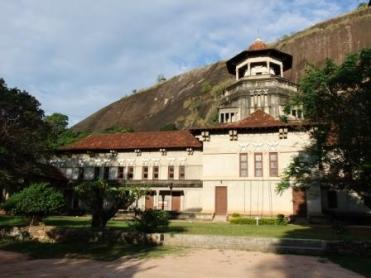 During the long and violence ridden history of our nation, many have been trying hard and assisting ordinary people of our country to overcome religion-based oppression, domination and violence. Even at this most crucial hour, it is important for our people to understand that such drastic and violent action cannot be generalized. We are thankful that the people of all religions and of all ethnicities in the country are able to understand this situation and they have shown much maturity in the aftermath of this most recent and horrendous wave of violence.

Against such a creative background, it is extremely sad to note that those who have been responsible in all aspects of security, maintaining law and order and governance, have started the dirty practice of pointing fingers at each other and attempting to evade responsibility. In addition to passing the responsibility to others, they themselves and their stooges are making vain attempts shamelessly to defend themselves, to the extent of justifying their inaction. As a genuine and a responsible community of people and those who govern them and wield power, let us be humble enough to accept our weaknesses and shortcomings and express our regret. It is only then that the people will be able to forgive and understand us. May those who have been and are responsible, have the courage to be humble and honest.

As expected there have been many attempts to gain political advantage, amidst death and destruction. Let us wholeheartedly condemn and reject such heinous attempts and drive such persons away  completely and for ever, from the sacred arena of good governance and politics. It is such personal and selfish agendas that have destroyed the fabric of our society and divided our communities.

We have observed in the recent days that many a statement has demanded that the perpetrators be brought to justice. This is not unusual. But it is important for everyone to understand that such appeals are not directed towards asking for the ‘pound of flesh’ and that our demands cannot stop at that. We need to go beyond and engage in committed acts of consoling and healing.  We cannot also ignore the fact that there has been serious breakdown in our intelligence networks and of the rule of law. As usual, the irresponsibility and indifference of those in authority, have allowed such carnage.

Those who thought it fit to act in these most destructive ways and their thoughts, reasons and understandings alone, are the causes for this appalling carnage and certainly no particular religious or ethnic group should be held responsible or targeted.  However, initially let us remind ourselves the words of Jesus from the cross, “Father forgive them, for they do not know what they are doing”. This is important to console ourselves amidst loss, frustration and hopelessness. Jesus sacrificed himself in order that others may have life and have life abundantly. He showed us that it is only in losing that we gain. It is only after death, that resurrection will be experienced. There is no meaning in Easter, without Good Friday. The seed having fallen on the ground had to die, before it starts germinating. Therefore, the words of forgiveness from the cross are not only meaningful, but also a valuable part of God’s purpose and had to be experienced by Jesus himself. Without those words of forgiveness, the death of Jesus would not have been meaningful and the resurrection itself could not have been complete and the true purpose of God couldn’t have been achieved. This is the truth about life that we learn anew.

It has been a hard process of learning and experience for the victims. Further we need to explore the reasons for these extremist elements to act in such horrific ways and what they intend to gain.  Because they belong to a particular group, either religious or ethnic, there is every possibility of finding fault with and tarnishing the whole group.  We appeal to all people to be much more rational in this and be responsible in their thoughts and actions. This is pure terrorism, which is worldwide, and we need to emphasise on the need to deal with that. It remains the responsibility of the government to ensure security of all people in the country, irrespective of where they belong, ethnically or religiously.

This is not the time for any person or a group to retaliate. There is no need to take the rule of law in to anyone’s hands, except that we leave it to those to whom that responsibility has been assigned. It is the responsibility of the citizens of our country to extend our cooperation to those who are responsible for law and order. Let us remind ourselves the year 1983, when a black July erupted due to loss of lives and their funerals. We do not need a repetition of such enormity, which took over thirty years to overcome. But that overcoming too was very limited and insufficient. Hence the continuing struggle we are called to engage in the areas of reconciliation and healing. We appeal to all concerned to, not seek short term solutions. Long term and lasting solutions are needed, for which we need to commit ourselves.

While we extend our heart-felt condolences and the assurance of our prayers to those who have been the victims and their families, and wish speedy recovery to those injured, we need to resolve within our own faith traditions to be guided by the teachings of our spiritual founders. Sri Lanka is blessed with four or more major living religions and our people are equipped with adequate religious resources to face this emotional situation. Let us decide and commit to draw from our own faiths, as well as from those of others to maintain sanity in our communities.

It is now the time, if this has not happened thus far in our communities and villages, to come together to protect each other. Let us be united with power, so that we will be able to reject and overcome those ‘powers’ that try to bring in disharmony, mistrust, bitterness, animosity, anger, division and the like. It is our time of unity as Sri Lankans, to be together amidst the diversity we enjoy, in our communities. Diversity is a gift that God has given us. Let us celebrate that tremendous gift of diversity. How do we do that is an important area, that needs our attention and reflective commitment. In our diverse communities we are called to work together for the common purpose of building the community, by pooling all our diverse resources for the common good of all people, irrespective of who we are and where we belong. We need to organize ourselves in inter-faith and inter-ethnic ways. Let us build powerful community teams that will ensure peace and harmony, within and outside the community. It has to be our resolve to be powerful by being united. We need such inter-faith and inter-ethnic peace maker teams, in every community, and in every village in Sri Lanka. It is only then that we will be able to face and defeat the evil powers in our midst.

Let us genuinely learn to respect each other, shedding all our differences and private agendas. This has been a weakness that we need to acknowledge and discard. For long years our private and partisan agendas have taken precedence, over the common good of all people. It is not enough to express our solidarity only during periods of crisis, as is happening today. It is a time for us to reflect back upon our own selves and examine our conscience as well as our actions guided by such conscience, and to see how much we have been truthful or how much we have been drifting away from our neighbours, due to our own selfish agendas. Such a period of repentance is necessary for us to be honest in our resolve. It is then and only then, that we will be able to forgive each other, which is not just an option but something that is necessary for our ongoing journey, as a sensible and a united nation.

In solidarity and prayer.