Rajeewa Jayaweera, in Sunday Island, where the title runs “

The heat of the theatrics during the 40th session of UN Human Rights Council and praise for Foreign Minister Tilak Marapana for his spirited address has begun to decrease. Northern Province Governor Dr. Suren Raghavan has backtracked and apologized for his injudicious remarks,rejected by Human Rights High Commissioner Michelle Bachelet. 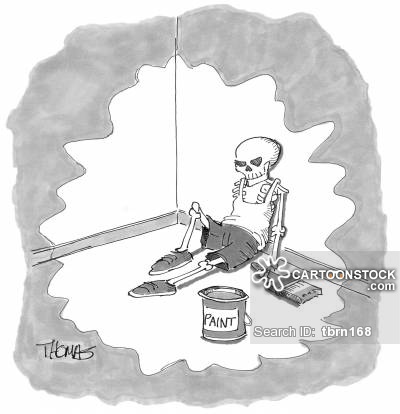 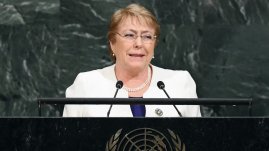 Finance Minister Mangala Samaraweera has made an unreserved apology on behalf of all Sri Lankans to Bachelet for Raghvan’s imprudence. It is said, memories are short. Samaraweera, America’s poodle and the West’s darling still owes an unreserved apology to 85% of Sinhalese and Muslim Sri Lankans for remaining silent and thus agreeing with former US Secretary of State John Kerry who in February 2015 stated both would discuss “how to move Sri Lanka away from 30 years of war with the Tamils.”

President Sirisena who had been elected one month earlier as Executive President by 6.2 million voters should have sacked his then Foreign Minister Samaraweera immediately upon his return. Being the SLFP / UNP honeymoon period, he did nothing.

On the other hand, President Sirisena’s stance bewilders many and is beyond comprehension. Having remained silent and oblivious to opposition to the Geneva Resolution in many segments of society, his interest and concerns have grown in proportion to his ambitions for a second term. Even as he was experiencing a change of heart for Resolution 30/1, he did little to get involved and making a meaningful contribution. Despite changing the Foreign Minister twice, he failed to take control of the ministry by appointing one of his loyalists. The Secretariat for Coordinating Reconciliation Mechanisms (SCRM) was set up in 2016 with cabinet approval for the overall coordination of reconciliation activities including implementation of resolution 30/1. President Sirisena permitted the office to come under the Prime Minister’s office instead of his own office. He also did not bother to place any caveats on SCRM and Foreign Ministry requiring his concurrence before any foreign policy decisions. Under the circumstances, his lament in Kalutara on March 27 makes little sense.

Foreign Minister Tilak Marapana’s submissions on March 20 notwithstanding, the crux of the issue is that Sri Lanka, through its Permanent Representative to UN office in Geneva Ambassador ALA Azeez agreed to the roll-over and signed the relevant document along with the five main sponsors on February 25.

Whereas Bachelet responded to Raghavan’s comments within 24 hours, she is yet to respond to the inaccuracies in her report highlighted by Marapana. Perhaps her silence is an acceptance of her culpability.

The fact is, different members of the international community, mostly from the west, motivated by their own agendas would be quite happy to hold the Geneva Resolution over Sri Lanka akin to the sword of Damocles so long as a Wickremesinghe government is in place with Samaraweera driving resolution issues. From recent developments, despite not being the Foreign Minister, Samaraweera’s footprint is unmistakable. Even Marapana who attended the meeting presided by Samaraweera at the Finance Ministry on February 6 along with sponsor’s envoys based in Colombo seems to be toeing the line.

Previously, the US was the primary mover of the Resolution, their agenda being to bring Sri Lanka under its sphere of influence as part of their strategy for the Indo-Pacific region. Even though the US has now withdrawn from UNHRC and is no longer involved in the resolution, they are achieving their objectives cheaply. What better proof than the recently concluded air logistics hub operation exercise involving US armed forces in both Colombo International Airport and Trincomalee Port?

Countries such as the UK, Canada, Germany, and many other European Union member states all have their own agenda. They need to please the Tamil diaspora voters in their countries. They are driving their agenda through the UNHRC who in turn have made Resolution 30/1 a test case.

Whereas Sri Lanka has been granted a roll-over twice, in 2017 and 2019, had a Rajapaksa administration been in place, there would have been no roll-over. Many draconian measures such as economic sanctions and even universal jurisdiction would have brought to bear. Whereas sanctions will require UN Security Council approval which is a non-starter, a unilateral initiative by EU members would still be damaging.

Unfortunately, with the country in election mode which will not change till late 2020, and our leaders’ only interested being capturing power by hook or by crook, whether a cohesive plan will be developed and implemented to bring Resolution 30/1 to closure is doubtful.

Such an initiative will obviously involve the two aspects, namely, what can be done and what cannot be done. What cannot be done may be due to Constitutional constraints as highlighted by Marapana in his address related to foreign Judges, counsel etc. or ground realities.

However, [since] Sri Lanka has signed the resolution must explore in depth what can be implemented and endeavor to do so to the best of its ability.

Office for Missing Persons (OMP) has been operationalized, and Office for Reparations (para 4 of 30/1) due to function shortly with names of Commissioners announced this week. Whereas both institutions could be expected to achieve a certain degree of success in their endeavors, its work is also hampered due to the intransigence of western nations. They vehemently refuse to divulgethe  identities of LTTE cadre who have been granted asylum and new identities. Both OMP and Office of Reparation would lose credibility should it be the case that a death certificate is issued and his/her family members granted reparations was to be discovered living in the west. The government in place would be hard-pressed to explain such a situation to the general public. This is a dilemma that need be placed before UNHRC.

The UNHRC has recognized the need for a process of accountability and reconciliation for the violations and abuses committed by the LTTE (para 5 of 30/1). This can only be achieved by making available, identities of LTTE cadre living in western countries. It is also linked to the work of OMP and Office of Reparations.

Concerning Accountability, other than Marapana’s brief reference to “highly redacted accounts presented in the House of Lords,” nothing has been done to challenge the alleged 40,000 civilian deaths in the closing stages of the conflict. It is necessary to address this issue bringing to bear independent reports by Colombo-based foreign missions, UN agencies, other international organizations, including the ICRC and Lord Naseby’s revelations before addressing the issue of foreign judges.

Samaraweera by co-sponsoring 30/1 in September 2015 agreed to the “participation in a Sri Lankan judicial mechanism, including the special counsel’s office, of Commonwealth and other foreign judges, defense lawyers, and authorized prosecutors and investigators” (para 6 of 30/1). Ambassador Azeez signed the Roll-over resolution on February 25 “to implement fully the measures identified by the Council in its resolution 30/1 that are outstanding.” Nevertheless, Marapana, a former Attorney General in his address on March 30 stated non-citizens could not be appointed without a Constitutional amendment approved by 2/3 members of Parliament and people’s approval in a referendum. Sri Lanka must essentially extricate itself from this knotty problem before the two-year period is up.

Sri Lanka has already made commendable progress in returning private land held by the military in the North (para 10 of 30/1). This issue must necessarily be brought to a satisfactory end within the next two years.

The Prevention of Terrorism Act (PTA), introduced during the civil war obviously need to be replaced (para 12 of 30/1) with an act suited for peacetime. This is not because UNHRC or countries with vested interests say so but because that is what nations do once a conflict has ended.

Steps need be taken to resolve at least some of the more prominent cases of Enforced Disappearances (para 13 of 30/1) within the next two years, not due to a UNHRC requirement but as a responsible nation in which rule of law prevails.

Even though sponsors of the Geneva Resolution, UNHRC, HR High Commissioner, and even the Tamil National Alliance seems to have lost interest in power devolution despite being stated in the resolution (para 16 of 30/1), and virtually nothing was said during the recently concluded 40th session of UNHRC, Provincial Council elections must be held without delay since it is constitutionally guaranteed.

It is imperative Sri Lanka genuinely move to implement the do-able items in the Resolution. In doing so, it has a legitimate case to take up the undo-able items.

Another roll-over is inevitable under a Wickremasinghe, Premadasa or Jayasuriya government unless every effort is made to bring about a closure.

On the other hand, a Rajapaksa government could well result in no roll-over and many consequences.

One response to “Sri Lanka ct. Mangala b. Geneva …. and ht. wkt. Rajapaksa”