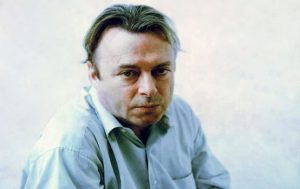 While my studies progressed as I absorbed more of the substantial literature on the war and though my study in 2012 has been surpassed by my subsequent work, I remain convinced that this essay was moving in the right direction in circumstances where Western power interests and radical humanist overkill has instilled dogmatic stances laced with deceit. But on coming across this old effort because some reader had looked at it, I also came across a revealing a set of comments on the article by someone who wrote anonymously as HAPPY HEATHEN.

Whoever he is, I consider him an insightful chappie. One: clearly because he was in alignment with my thinking. Two: because he has read (the late) Christopher Hitchens’s article on the war in May 2009. Hitchens was a Brit in the radical stream of thought and was clearly exposed to the pro-Tamil and anti-Rajapaksa currents of thought that dominated the news media in Britain in 2009. But he no fool and was not ready to be led by the nose. I came across his reading of the situation quite late in the day – in 2017. I consider it remarkable that “Happy Heathen” was aware of this article and had absorbed its import.

So: this is an invitation to all of you to read what this Heathen has to say and then to move to the Hitchens reference. Hopefully their perspectives willencourage you to move away from the intellectual dungeons in which personnel such as Kumar David, Laksiri Fernando, Emil Vanderpoorten have imprisoned their minds while bedding with Yasmin Sooka and Frances Harrison.

Unfortunately, this might not be enough to dislodge the plethora of lies propagated by the pseudo-intellectuals like David Kumar [Kumar David], Latte Leftists like Gordon Weiss and the erudite members of Flat Earth Society.

It is interesting you mention Marga Institute and this is what David Kumar has to say about that: “This is what the big wide world out there believes, and it has never heard of, nor takes any notice of guys called Godfrey Goonetilleke and their local ilk. ”

He seems to believe that even the farts from West smell good! What is more hilarious is that here is a self-proclaimed Marxist who supports Murdoch Press and R2P (Rush to Plunder) which is essentially an imperialist tool designed to conquer ‘the other’ in a modern world, which is analogues to the historical Portuguese/Dutch/English quest to civilize the heathens. (Edward Said notes the original imperialist position took by Marx when it comes to countries like India)
It is more hilarious to note the inherent contradiction/paradox in his argument…”not take any notice of guys called Godfrey Goonetilleke and their LOCAL ilk.”  Kumar David himself is local thus one [need not] hear or take any notice of him as well.

I am no Rajapaske stooge, but it is time to call a spade a spade which has been called a spoon for too long.

As we were talking about pseudo-intellectuals, let’s see what a real intellectual has to say…. the following excerpt was taken from a relatively obscure article written by [the] late Christopher Hitchens immediately after the conclusion of Ealam war.

“It’s just not true, as some liberals tend to believe, that insurgencies, once under way, have history on their side. As well as by nations like Britain and Russia, they can be beaten by determined Third World states, such as Algeria in the 1990s and even Iraq in the present decade. Insurgent leaderships often make mistakes on the “hearts and minds” front, just as governments do, and governments are not always stupid to ban the press from the front line, tell the human rights agencies to stay the hell out of the way, and rely on the popular yearning for law and order. It can also be important to bear in mind, as in Sri Lanka became crucial, that majorities have rights, too.”

The original article could be found here…
http://www.slate.com/articles/news_and_politics/fighting_words/2009/05/the_end_of_the_tamil_tigers.html

It is also interesting to note that Christopher Hitchens had the audacity to sue Henry Kissinger, when the so-called International Community awarded the Nobel Peace Prize to Kissinger for slaughtering 3,000,000 hapless Vietnamese. And Kumar David wants to hang Rajapakse and all the Singhalese who voted him for “40,000” deaths!!!!!

The Latte Leftists and the sections of Tamil Diaspora are gonging [ganging up?] to exploit this “40,000” deaths to the maximum as the Jews are doing with the ‘holocaust’ as cogently argued by Norman Finkelstein in his seminal book “The Holocaust Industry”. I can see a Tamil Genocide Industry in the making.

By pure chance I came across the reference to Christopher Hitchens’s article on Sri Lanka [written then in May 2009] in 2017 when going over some old files. I immediately placed it in THUPPAHI = https://thuppahi.wordpress.com/2017/04/12/christopher-hitchens-in-perceptive-reading-of-the-ltte-defeat-in-may-2009/#comment-53642

I consider it essential reading and a suitable cap for Happy Heathen’s insightful commentary.