Dr Janaka Gallangoda spent two years at Flinders University in 2014/15 and I have been fortunate in gaining access to his scintillating camera-work previously. Here are a selection from his snap shots of birds in Sri Lanka

Kashmir Flycatcher (Ficedula subrubra) …. Rare winter migrant to the central hills of Sri Lanka from the Kashmir region of Himalayan foothills. This is a globally threatened bird. Many birdwatchers from all over the world travel to Nuwara Eliya to watch this little jewel.  It is a solitary and fairly territorial bird found near forest edges, gardens and tea estates. 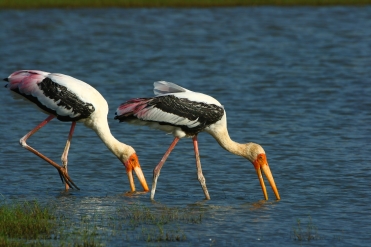 Painted Stork (Mycteria leucocephala) ….. Common breeding resident bird throughout lowlands, more frequent in lagoons, tanks, and marshes of the north and east of Sri Lanka. Also found in wet zone, in and around Colombo. Keeps in small to large flocks. Wades in shallow when feeding with bill in water, raking with feet. Roosts communally in trees. Range extends to India, China and South-East Asia. 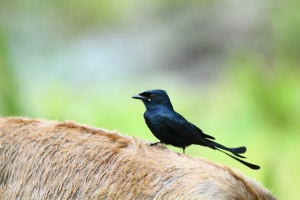 Janaka is a southerner who seems to prefer the hills of Nuwara Eliya. Volare!! …. BUT these snaps from my beloved Galle Fort encouraged me to forgive his prefrences