Doom and Gloom Forecast for Sri Lanka … and USA … and the World!

ONE: IT is the BUDGET Nap-Time in Sri Lankan Parliament

After a tasty rice & curry meal for lunch with Fruit salad, Ice cream, watalappam etc. provided by the Parliament Cafeteria, (for a subsidized price of Rs150) this is what you can expect !

Fair warning — the handwriting is on the wall: All hell is about to break loose.

If you’re skeptical, consider this:

That’s just shy of an 80% decline in America’s peak quarterly growth rate since the 1980s!

But that’s not the worst of it.

Economic growth is slowing at an alarming rate. According to the U.S. Federal Reserve, the economy grew by 2.9% in the first three months of 2015 … 2.7% in the second three months … 2.1% in the third three months …

Now, consider the fact that U.S. stocks are wildly overpriced — juiced up by $4 trillion in newly printed money and nine years of zero interest rates.

With U.S. economic growth grinding to a virtual standstill, is it any wonder that stocks are so dangerous today?

The Plain Truth:
The US stock market is destroying wealth;
NOT creating it!

In fact, nearly $3 trillion in invested wealth was vaporized in the first six weeks of this year ALONE!

And now, we have evidence that the bloodletting has only just begun.

This is information you need to see: The facts that could help you save your wealth.

This is why my partner, CNBC regular Boris Schlossberg and I have made a historic decision.

We’re breaking all the rules
to help you weather the coming storm!

But this one time — and one time ONLY — we feel it is critical that YOU hear what we have to say.

… So this one time only, we are offering you a VIP Guest Pass that grants you access to this “Members-Only” LIVE event.

All we ask is that you click this link to tell us you’re coming so we can make sure we have enough bandwidth to accommodate everyone.

Here’s why you should attend: We’re set to give you …

What you must do immediately to insulate yourself and save your wealth.

How to HARNESS the awesome power of this once-in-a-lifetime calamity to multiply your money in the weeks and months ahead.

We will also reveal …

Why the Fed is now helpless to fight the coming crash …

What the U.S. dollar is saying about the possibility of a massive depression directly ahead …

What Europe’s crashing bond markets predict for your investments now …

And much, MUCH MORE!

PLUS, Boris and I will answer
your most pressing questions:

You can submit them now, when you register
or during the event — LIVE!

It is highly unlikely that we will ever be able to invite non-members to attend a “members-only” briefing ever again.

There is no charge to attend. All we ask is that you let us know you’re coming so we can save a seat for you:

Click this link to claim your VIP Pass right now! 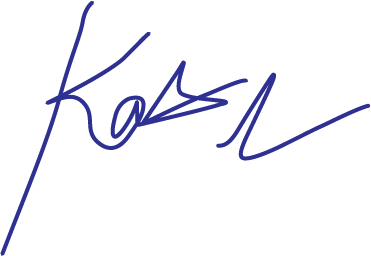 – Currency Collapse is INEVITABLE by the Spring of 2016

– IMF Warning: World Reserve Currency could change as soon as Spring of 2016. Here’s what to do ahead of the change.

– Dollar on its last days as China prepares with this big announcement.

– IRS Loophole allows you to store your IRA at Home